While details about who all will be called by the SIT for questioning remain unclear, Konyak civil society organisations have claimed that some of the members who were part of the on-site investigation were members of the security forces. 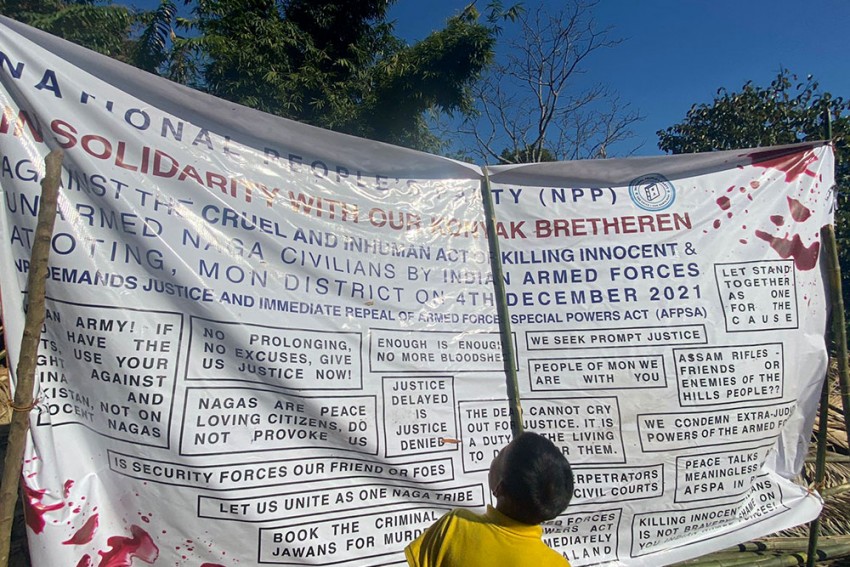 Days after an SIT was instituted to look into the killing of 14 civilians in Nagaland's Oting village in Mon district, representatives of Konyak civil society have expressed concerns over the presence of security forces personnel in the team arrived to visit the site of the incident in Mon district recently.

An army inquiry team visited Oting Yatong on December 29.  According to a report in The Times of India, the team, part of the court-ordered investigation (CoI) of the Oting shooting incident, was headed by a General Rank officer.  According to a report in The Indian Express, the SIT members will get access to the security forces officers who were involved in the Oting ambus.

While details about who all will be called by the SIT for questioning remain unclear, Konyak civil society organisations have claimed that some of the members who were part of the on-site investigation were part of the same security forces '21 paramilitary' that killed the 14 civilians.

Organisations like the Konyak Union (KU), Konyak Nyupuh Sheko Khong (KNSK) and Konyak Students’ Union have accused the Army of "protecting" the accused in the Oting massacre. They have also accused the forces of acting in an "insensitive" manner intended to "aggravate" the Konyaks, who have now threatened action in the "Konyak way" against such oversights.

In a recent meeting held by the Konyak CSO on December 27, 2021, Oting Yatong was declared as a "genocide site" by locals.  The CSOs  have demanded that justice be delivered at the earliest and those 21 Para Special Forces involved in the massacre of 14 Konyak youths be prosecuted immediately.