Nagaland till Friday has reported 9,638 Covid-19 cases of which 725 are active cases. 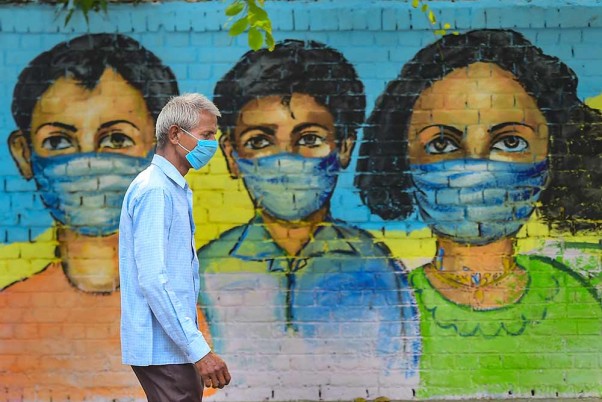 The Nagaland government has decided to impose a fine of Rs 100 on people who don't wear face masks in public places and Rs 500 on institutions without handwashing facilities with immediate effect, an official said on Saturday.

The Nagaland Disaster Management Authority observed that wearing masks, especially in public places, making the provision of handwashing facility by various establishments, maintaining physical distance in high-risk settings, are often not being followed which poses a serious risk of infection not only to the defaulters but also to other people around them, said Chief Secretary J Alam in an order issued on Friday.

Therefore, in the exercise of the powers conferred under the Epidemic Diseases Act, 1897 and in view of the guidelines issued under the Disaster Management Act, 2005 the government has decided to make it compulsory for everyone to wear a face mask and also provide hand sanitizers or handwash facility in all establishments, including offices, educational institutions, religious places and shops with immediate effect.

Alam said violation of the SOPs and guidelines would lead to penalization of the defaulters. People not wearing a mask in public places, including offices, banks, markets, business establishments, restaurants, hotels, public transport, social and religious gatherings, or meetings, educational institutions would be liable for Rs 100 fine for every offence.

Not providing handwashing facility or hand sanitizers in shops and business establishments, restaurants and hotels would be Rs 500 fine with a warning for first offence while after one week of first offence would lead to sealing of the establishment with or without suspension of registration/license wherever applicable till facilities are provided.

He said police and transport officers and the concerned urban local body would be responsible to enforce the said order.

The chief secretary also informed that not adhering to the limit on the number of passengers in bus, taxi and auto-rickshaw as per guidelines would also be penalized.

Violation or non-compliance of any other clauses, provisions of SOPs, advisories currently in force, including but not limited to quarantine, isolation, contact tracing, testing would lead to registration of a case under relevant sections of the National Disaster Management Act 2005 and Nagaland Epidemic Diseases (Covid-19) Regulations, 2020.

The order comes into force immediately and would remain valid till further orders, said the chief secretary.

Nagaland till Friday has reported 9,638 Covid-19 cases of which 725 are active cases.