Narada Case: Bengal Leaders To Stay In Jail As Hearing Adjourned Till Thursday 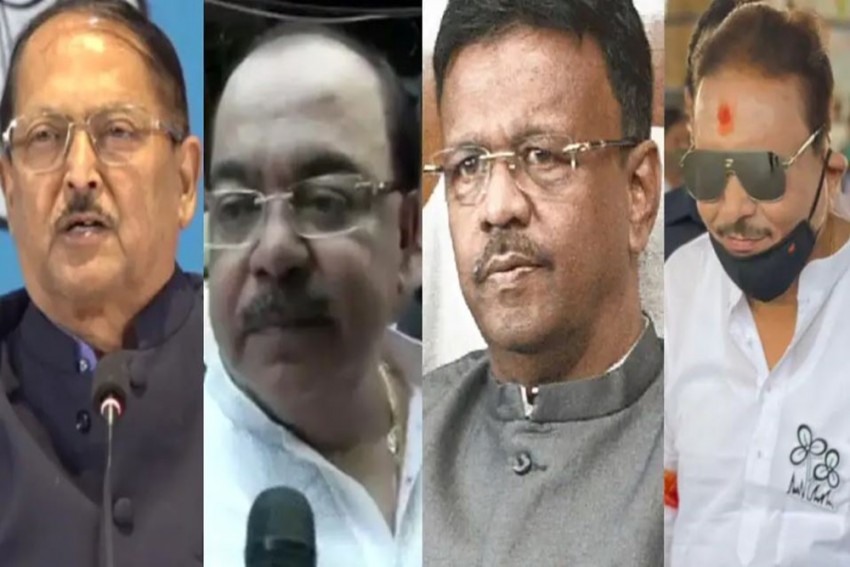 The two West Bengal ministers, an MLA and a former mayor of Kolkata, arrested by the CBI in the Narada sting tape case, will stay in judicial custody after Calcutta High Court adjourned hearing in the case till Thursday.

The petition of the CBI seeking transfer of trial in the case and the recalling application filed by the four leaders on the high court's stay order on the bail granted by a CBI court on Monday will be further heard by the division bench of acting Chief Justice Rajesh Bindal and Justice Arijit Banerjee on Thursday.

The high court on Monday night stayed the lower court's decision to grant bail to the four leaders, arrested and charge-sheeted by the CBI in the Narada sting case.

The division bench had said that it deemed it appropriate to stay the special court's order and direct that the “accused person shall be treated to be in judicial custody till further orders”.

The four leaders were arrested on Monday morning from their residences in the city in connection with the Narada sting case that is being investigated by the CBI on an order by the high court.