'I have full faith in the judiciary. The BJP can employ anybody to harass me,' Hakim said outside the Nizam Palace. 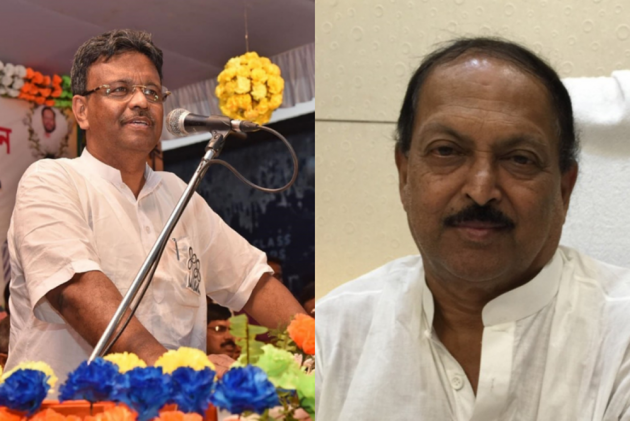 The Central Bureau of Investigation (CBI) arrested Ministers Firhad Hakim and Subrata Mukherjee, TMC MLA Madan Mitra, and former Kolkata Mayor Sovan Chattopadhyay in the Narada bribery case on Monday. The central probe agency said that they have been taken to Presidency Correctional Home in Kolkata late on Monday night. They were taken from Nizam Palace, a building that houses the CBI office, to the prison amid tight security after medical tests.

Family members of the four were present outside the correctional home when they were taken inside.

The Calcutta High Court on Monday night stayed a special CBI court's decision to grant bail to the four who were arrested and charge-sheeted by the agency in the Narada sting tape case.

A division bench said it deemed it appropriate to stay the special court's order and direct that the "accused person shall be treated to be in judicial custody till further orders".

"I have full faith in the judiciary. The BJP can employ anybody to harass me," Hakim said outside the Nizam Palace.

The chairman of the board of administrators of Kolkata Municipal Corporation, who was sobbing, also said that he could not finish his job of helping the people of the city in the time of the pandemic.

"We all are bad men but not Mukul (Roy) and Suvendu (Adhikari)," said Mitra.

Roy and Adhikari, who were also accused in the case, were not arrested. They were TMC leaders when the sting operation was conducted but now they are BJP MLAs.

Chatterjee said, "I am not a dacoit. I have not done anything wrong that the CBI could enter my bedroom to arrest me."

The four were arrested last morning.

The sting operation was conducted by Mathew Samuel of Narada News, a web portal, in 2014 wherein some people resembling TMC ministers, MPs and MLAs were seen receiving money from representatives of a fictitious company in lieu of favours.