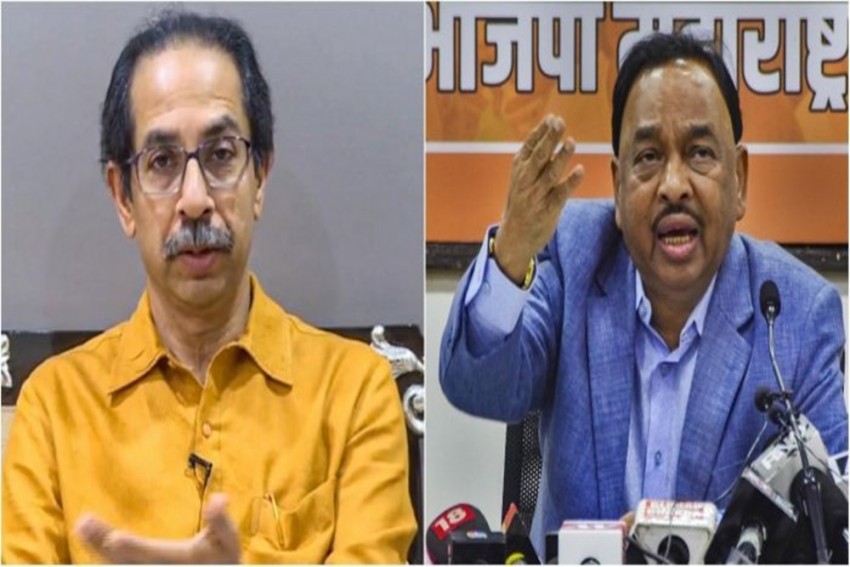 Union minister Narayan Rane has been directed by the Bombay High Court to file separate petitions in response to six different FIRs lodged against him in Maharashtra over his "slap the CM" comments against Shiv Sena Chief Uddhav Thackeray. The petitions seek to quash the FIRs lodged against Rane at six different police stations in wake of his controversial comments against the Maharashtra CM.

The six police stations in which cases were lodged include Mahad, Nashik, Pune, Thane, Jalgaon and Ahmednagar. Rane had filed a plea in the court seeking to quash all of them. However, hearing the plea on Friday, a division bench of Justices S S Shinde and N J Jamadar observed that it would be better if separate petitions are filed for each of the FIR.

"The FIRs are of different police stations. Let the challenge to each of the FIR be in separate petitions. Then it will become easier for the prosecution also to take instructions from each police station," the court said.

Notice To Narayan Rane To Appear Before Police On Sep 2: All You Need To Know

Rane's counsel Ashok Mundargi and advocate Aniket Nikam agreed and said they would file separate petitions. They sought interim protection in all the cases.

"The prosecution had earlier said they would not take any coercive action against Rane in the FIR registered by the Nashik cyber police. Similar protection should be given in the other cases too," Mundargi said.

The court said it would first hear the pleas and then decide. It said the police's earlier statement of no coercive action in the Nashik police station case shall continue till the next date of hearing.
The court posted the matter for further hearing on September 30.

Additional public prosecutor Jayesh Yagnik, appearing for the prosecution, said Rane had assured that he would cooperate with the investigation being carried out by the Nashik police and has to appear before it on September 25 to record his statement.

Mundargi said Rane would cooperate and appear via video-conferencing.

Rane faces these FIRs over his remark that he would have slapped Maharashtra Chief Minister Uddhav Thackeray over the latter's "ignorance" of the year of India's independence.
The remarks made last month had triggered a political row and protests.