Narayan Rane’s Arrest Justified, But No Need To Keep Him In Custody: Court

Narayan Rane was produced before the Judicial Magistrate First Class at 9.55 pm on Tuesday after the Police arrested him when his transit anticipatory bail application was rejected by the Ratnagiri sessions court earlier in the day. 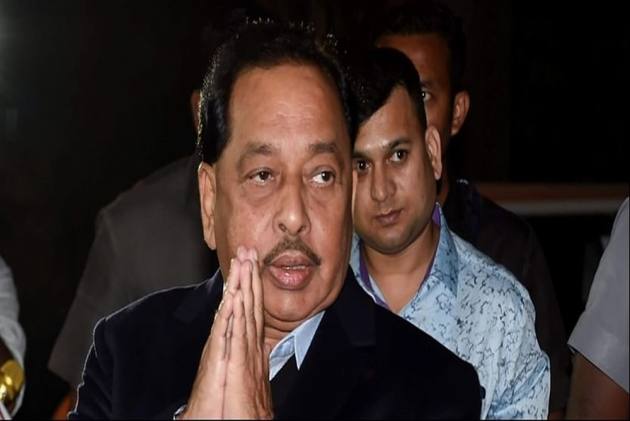 The court which granted bail to Union Minister and BJP Rajya Sabha member Narayan Rane late Tuesday night, said that while his arrest was ‘justified’, there was no need to keep him in custody. Rane was arrested Tuesday by Maharashtra Police for threatening to “slap” Chief Minister Uddhav Thackeray.

“Considering the reason for arrest and other reasons, I found that the arrest is justified,” magistrate S S Patil said in the order.

Rane was produced before the Judicial Magistrate First Class at 9.55 pm on Tuesday after the Police arrested him when his transit anticipatory bail application was rejected by the Ratnagiri sessions court earlier in the day. Rane had no complaint of ill-treatment by the police when asked by the court.

Narayan Rane Is Third Union Minister To Get Arrested By State Police, Here Are The Other Two

Narayan Rane Gets Bail: Why Did He Want To Slap Uddhav Thackeray? All You Need To Know

Rane's advocate Rajendra Shirodkar argued that the police had not followed the mandate of law laid down under Section 41A of the Code of Criminal Procedure (CrPC), which says in cases where arrest is not warranted, the police ought to first issue a notice/summons to the accused for questioning.

The court noted that while a few sections under which Rane was booked were non-bailable, they were not punishable with life or death.

“Considering these factors, no prejudice would be caused to the prosecution if the accused is released on bail,” the court said, adding that "the accused shall not commit a similar type of offence".

Rane was arrested on Tuesday afternoon from Ratnagiri district in Maharashtra following his remarks that he would have slapped Chief Minister Thackeray for what he claimed as the latter's ignorance of the year of India's independence.

The police sought his custody for seven days, which the court refused and remanded him to judicial custody till September 4. Rane's advocates then moved a bail application.

The plea was heard and Rane was granted bail on a surety of Rs 15,000. He was directed to appear at the office of Superintendent of Police in Alibaug (Raigad) on August 30 and September 13.

The magistrate, while refusing to grant Rane's custody to the police, noted that the alleged statement of the accused (Rane) was made before the media.

“The informant (complainant in the case) himself alleged in the FIR that the accused made the statement before the media and it was viral on social media. Considering the nature of the offence, I do not find it necessary to hand over the accused in police custody,” the magistrate said in the order.

While arguing on Rane's bail plea, Shirodkar told the court that the accused was a senior citizen with roots in the society and hence, would not abscond.

He further told the court that he had advised his client (Rane) not to make such statements in public in future, but Rane did not concede to such an undertaking quoting his liberty.

The police opposed the bail plea, arguing that the accused was a Union cabinet minister and was making such irresponsible statements which would create disharmony in the society.

The court in its order directed Rane to cooperate with the probe into the case and if police want a voice sample of the minister, then he (Rane) shall assist.

“The only rider is that the police shall give seven-day prior notice to the accused,” it said.

The court also noted that the police had not followed directions given by the Bombay High Court with regard to maintaining a proper case diary.

“Admittedly, the case diary produced before me are two papers which are not paginated,” the magistrate said.

Rane faces four FIRs in Maharashtra over his remarks, which triggered a political row and protests across the state on Tuesday.

The FIR at Mahad was registered under Indian Penal Code (IPC) Sections 189 (threat of injury to public servant), 504 (intentional insult to provoke break of public peace) and 505 (statements conducive to public mischief).