Besides Asaram's son Narayan Sai, lodged at the Lajpore Jail here since 2013, the court sentenced his three aides, including two women, to 10 years each in jail after holding them guilty of various offences. 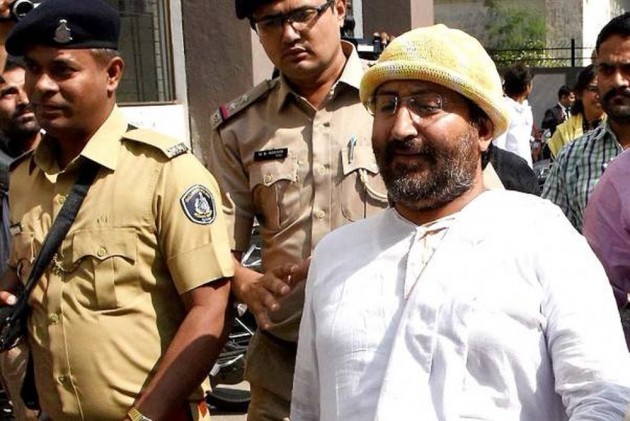 Narayan Sai, the son of jailed self-styled godman Asaram Bapu, was sentenced to life imprisonment by a sessions court in Surat on Tuesday in a rape case filed against him by a former woman devotee in 2013.

Additional Sessions Judge P S Gadhvi handed down the sentence to Sai and asked him to pay a compensation of Rs 5 lakh to the victim.

Besides Sai, lodged at the Lajpore Jail in Surat since 2013, the court sentenced his three aides, including two women, to 10 years each in jail after holding them guilty of various offences.

His driver Rajkumar alias Ramesh Malhotra was sentenced to six months in prison.

Sai's three aides, Dharmishtha alias Ganga, Bhavna alias Jamuna and Pavan alias Hanuman, were sentenced to 10 years each, while his driver was convicted under IPC Section 212 (harbouring an offender).

Of the total 11 accused, the court had acquitted six on April 26.

In 2013, after Asaram Bapu was arrested for allegedly raping a girl in Rajasthan, two Surat-based sisters had accused the self-styled godman and his son of sexual exploitation.

Sai was arrested from the Delhi-Haryana border in December 2013.