Days after joining the Congress, Udit Raj, MP from North-West Delhi, says the Dalits are only vote bank for the BJP and the party hates them. 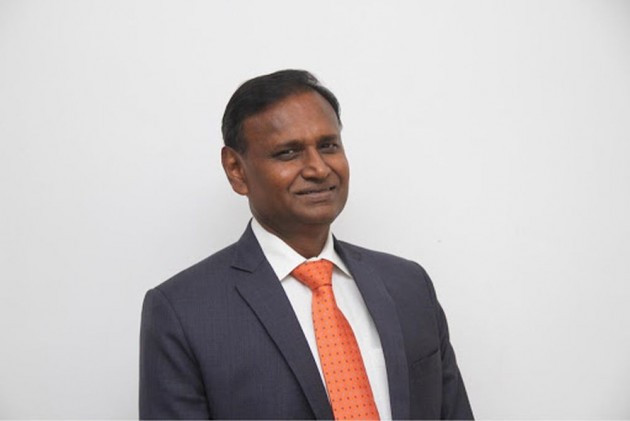 Days after joining the Congress, Udit Raj, MP from North-West Delhi, said the Dalits are only vote bank for the BJP and the party hates them. In an interview to Outlook, the veteran Dalit leader says Prime Minister Narendra Modi became an OBC leader just before Gujarat elections to garner votes. Excerpts:

A war of words is going on between BSP chief Mayawati and Prime Minister Modi regarding PM's OBC status. What is your take on this controversy?

Mayawati is correct. Modi was under general category list before he became the Chief Minister of Gujarat. To woo the OBC votes, he became an OBC leader. He manipulated records to get into the OBC list. All his claims are fake. Modi’s promise of Rs 15 lakh in every individual’s bank account turned out to be false and he failed to defend the border. Around 900 soldiers have been killed during Modi’s tenure.

Does BJP walk the talk on Dalit issues?

BJP doesn’t want Dalits as leaders. Dalits are only vote bank for the party. This election, they have dropped 52 per cent of sitting Dalit MPs. It’s mere symbolism and vote bank politics for them. The BJP gave 10 per cent reservation to upper caste in 48 hours. But they don’t want Dalits to participate in governance.

What is the reason behind the BJP denying ticket to you from North-West Delhi?

I raised questions against party decisions. I supported the entry of women in Sabarimala, which was against the party stand. I have also spoken against Una lynchings, Rohit Vemula suicide and Saharanapur violence. I supported the Bharat Bandh on the dilution of SC/ST Act and demanded probe on the atrocities against Dalits post the bandh. The party became very uncomfortable with my revolt.

Were you sidelined because you are a Dalit?

Yes. The party wants deaf-dumb leaders. They never took me into confidence on many important issues. Amit Shah never met me even once in the last three years. But I focused my energy on working for the constituency. But why did they deny ticket to me when reports say I am the best MP in the country? An internal survey says that I’m the most popular MP in Delhi. I had given my five years for Dalits and the party harboured venom against me.

Isn’t it opportunism that you joined Congress after being denied ticket?

No, it’s not. My relationship with BJP was always give and take. I lent my voice to the poor and the downtrodden in the Parliament. I remained in the party to work for the poor and Dalits. Rahul Gandhi and Priyanka Gandhi had asked me to contest earlier from Congress ticket. They had warned me that BJP will betray me.

It is. The party’s lunch diplomacy with Dalits is a farce exercise and it’s a mockery of the community. In 2014, President Ramnath Kovind came to me and said that he wasn’t considered for the polls. Now he acts as the puppet of the government. He has no powers and the orders come from PM. They would have made me prime minister if I kept quiet.

I have only been campaigning for Congress and they’ve done some good work for Dalits. My aim is to restore reservations, which has been diluted and more representation to Dalits in governance.

Is there a wave against the BJP?

There is a wave against the BJP throughout the country. They will lose all seven seats in Delhi. The purpose is to defeat the dictatorship of Modi-Amit Shah.

But PM’s Varanasi show was massive

Modi’s Varanasi rally was all about money. Money matters a lot. The party pumped in money and brought in people from various parts of the country.