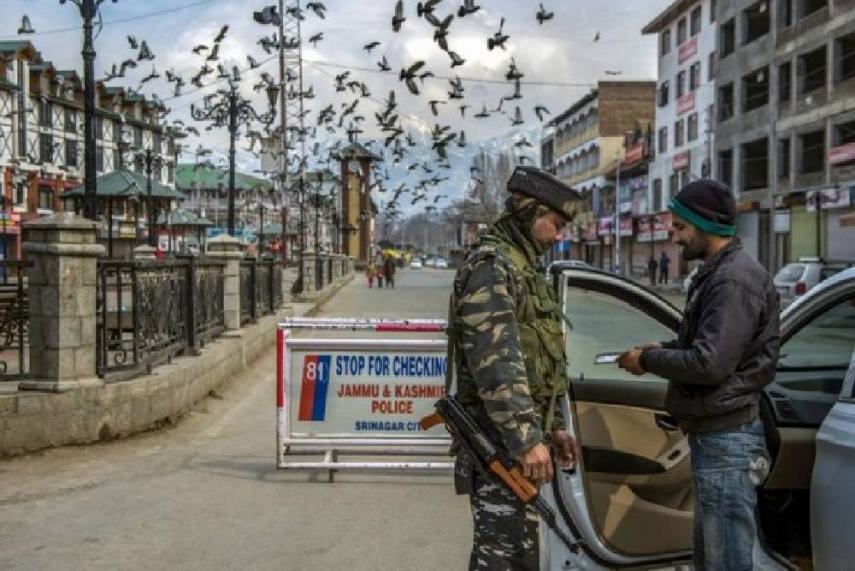 The National Conference (NC) asked the government to reverse its unilateral actions of August 5, 2019 in order to avoid a spillover of the Afghanistan crisis into Jammu and Kashmir and restore Article 370 in the state.

A statement to this effect was made by Hasnain Masoodi, NC Member of Parliament from Anantnag, in the Ministry of External Affairs (MEA) briefing on Afghanistan.

During the meeting, NC leader said he shared the concerns of the parliament members about the fall-out of the changing situation of Afghanistan in the region, particularly J&K and Ladakh.

Masoodi said he is not satisfied with the “wait and watch” policy of the government. He said that the need of the hour calls for playing a more assertive and proactive role in order to protect its interests.

“Policy limbo which New Delhi is fraught with could have serious ramifications for the entire region,” he said.  Masoodi said with an eye on Afghanistan, the government of India must not lose further time in revoking the decisions of August 5, 2019.

“To ensure that the anticipated spillover doesn’t play out in a manner that affects peace and stability in the region, the government must restore August 4, 2019 position to ease out the situation and generate goodwill among the populace of J&K,” he said.

He argued that a geopolitical shift that the takeover of Afghanistan has occasioned will not touch India if timely correctives are taken vis-à-vis J&K, Ladakh.

Masoodi is not the only leader who has expressed such apprehensions.

Early on Saturday, August 21, addressing her party workers in Kulgam, former Chief Minister of J&K, Mehbooba Mufti had asked the government to look towards what is happening in the neighborhood where “mighty Americans” had to flee and adopt the path of reconciliation and dialogue regarding Jammu and Kashmir.  She warned, the day people run out of patience, you will have nowhere to go.

Addressing a gathering at the south Kashmir district of Kulgam, Mehbooba had said for the everlasting peace in Kashmir, the government of India must restore the special status which they snatched on August 5, 2019, and also resolve the Kashmir issue through dialogue.

However, the BJP has been dismissed such apprehensions of mainstream leaders.

On Thursday, August 27, Bharatiya Janata Party (BJP), national general secretary and in-charge J&K and Ladakh, Tarun Chug said those talking about the Taliban, China, and Pakistan are daydreaming. He said it is the modern Bharat (India) of Narendra Modi and they have shown it in the past that those who tried to harm India were not spared by India and those who will try to do it in the future will too meet the same fate. He said the statements that the Taliban is coming to Kashmir are totally misleading as India is competent enough to deal with anyone.

Chug said thousands of freedom fighters, soldiers and patriotic people have shed their blood for unity and the integrity of this nation and we will not allow anyone to challenge our national integrity. He said it was impossible to restore Articles 370 and 35A but reiterated the commitment of the Narendra Modi Government’ to restore the statehood to J&K is there and it will be fulfilled.