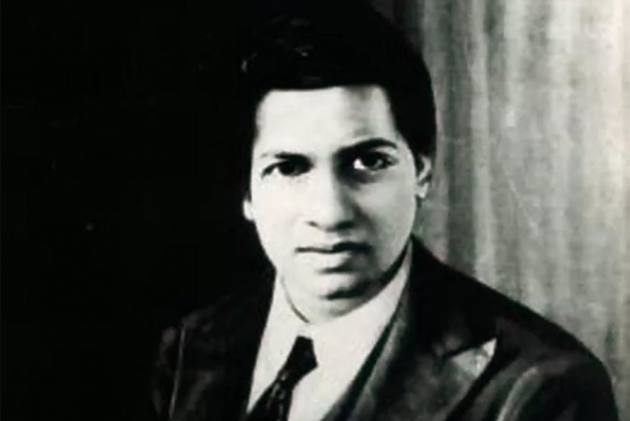 Who is Srinivasa Ramanujan?

Born on December 22, 1887, in Erode, Tamil Nadu, Ramanujan grew up in a Tamil Brahmin Iyengar family. He completed his education at the Government College in Kumbakonam in 1903 and would often fail non-mathematical subjects.

Ramanujan is said to solve Loney’s Trigonometry at the age of 13 without any help.

In 1912, Ramanujan began working as a clerk in the Madras Port Trust, where his talent of a penchant for maths was first recognised by a colleague. The fellow colleague and mathematician then referred him to Professor GH Hardy of Trinity College, Cambridge University.

He was also elected to the London Mathematical Society in 1917 and was a fellow of the Royal Society for his research on Elliptic Functions and the theory of numbers.

Ramanujan had independently discovered his theorems and compiled about 3,900 results.

In 2015, the movie 'The Man Who Knew Infinity', which cast Dev Patel, was released to honour the journey of Srinivasa.

The Ramanujan Prize for Young Mathematicians from Developing Countries is annually awarded by the International Centre for Theoretical Physics in Italy. Founded in 2004, the award was first given in 2005 to Marcelo Viana from Brazil.

The prize is awarded to a researcher, less than 45 years old, in the field of mathematician from a developing country. The prize is supported by the Indian Ministry of Science and Technology and the Norwegian Academy of Science and Letters through the Abel Fund, with the cooperation of the International Mathematical Union.

Indians Who Were Honoured with Ramanujan Award

To date, a total of four Indians have been the proud recipient of the Ramanujan award.

1. Sujatha Ramdorai: Ramdorai became the first Indian and woman to win the prestigious Ramanujan Prize in 2006.

2. Amalendu Krishna: Krishna became the second Indian to receive the Ramanujan Prize in 2015.

3. Ritabrata Munshi: Munshi from Kolkata became the third Indian to receive the Prize in 2018.

4. Neena Gupta: Gupta from the city of joy, became the third woman globally to win the Ramanujan Prize in 2021.