The iconic National War Memorial boasts of four thematic concentric circles with a tall ceremonial obelisk at its centre that will bear the eternal flame. 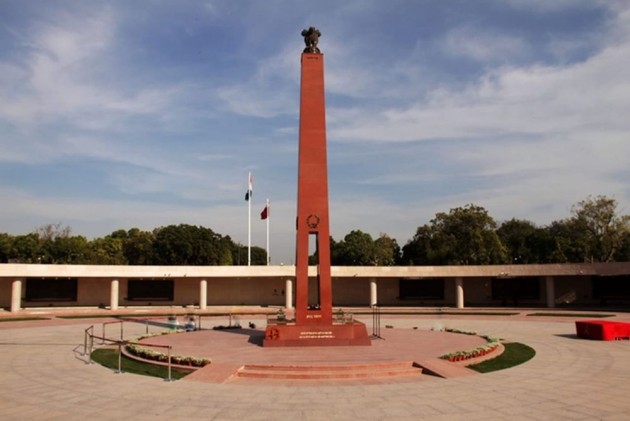 Decades after the project was conceptualised in 1961, the country’s first National War Memorial dedicated to the memory of the soldiers who sacrificed their lives in the line of duty was inaugurated by Prime Minister Narendra Modi on Monday.

Prime Minister Narendra Modi dedicated the memorial, spread over 40 acres in the India Gate complex in Delhi, by lighting the flame positioned at the bottom of the stone-made obelisk.

A senior defence official said the project has been executed at a cost of Rs 176 crore and its design was selected through a global competition.

The central part of the sprawling complex has been built in a sunken plot as the design had to respect the heritage look of the India Gate's Central Vista, officials said. 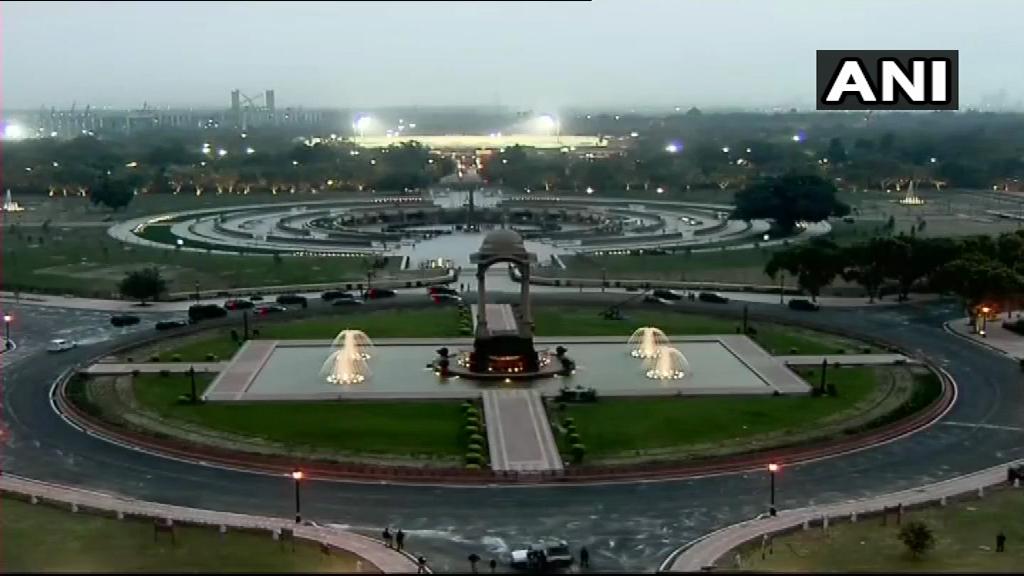 "The prime minister will dedicate the memorial to the nation tomorrow at a solemn function. The defence minister, chiefs of the Army, Navy and Air Force will be among the dignitaries present on the occasion," Rajeshwar said.

Modi spoke about the memorial in his 'Mann ki Baat' programme on Sunday, saying not having such a memorial always pained and surprised him.

"I do believe that for our countrymen, a visit to the National War Memorial will be akin to a pilgrimage to a holy place. The national soldiers' memorial is a symbol of the nation's gratitude to those men who made the supreme sacrifice after we gained Independence," he said.

The names of 25,942 battle casualties have been inscribed across 16 walls that consist of granite pieces bearing the name, rank and regiment of the fallen heroes, the officials said, adding that it was built between February last year and this February in "record time".

The central obelisk is topped with an Ashokan Capital and the base bears the famous couplet 'Shaheed ki mazron par...' by poet Jagdamba Prasad Mishra 'Hitaishi'.

Six bronze murals, made by noted sculptor Ram Sutar, depicting famous battles fought by the Army, Air Force and Navy have been put up in a gallery in the Veerta Chakra zone, he added.

Likewise, 16 walls in concentric fashion have been constructed in the 'Tyag Chakra' area for paying homage to the over 25,000 battle casualties.

The names of soldiers who have made supreme sacrifice have been inscribed in golden letters on granite tablets arranged in a circular pattern which symbolises the ancient Indian war formation 'Chakravyuh', the official said.

The outermost circle i.e. the 'Rakshak Chakra' comprises rows of more than 600 dense trees with each tree representing many soldiers who guard the territorial integrity of the nation round the clock, officials said.

Besides, the main complex, a Param Yoddha Sthal has also been built on the northern side of the India Gate's C-Hexagon area. The park is dotted with bronze busts of the 21 awardees, fifteen posthumously, of the Param Veer Chakra, country's highest wartime gallantry medal.

Lt Gen Rajeshwar said the memorial epitomises and showcase undaunted courage and exemplary valour displayed by the Indian soldiers, many of whom are unsung heroes.

"The memorial is also a place to inculcate among the next generation a high sense of national pride, patriotism, sacrifice and belongingness," he said.

The memorial pays tribute to soldiers who laid down their lives defending the nation during Indo-China War in 1962, Indo-Pak Wars in 1947, 1965 and 1971, Indian Peace Keeping Force Operations in Srilanka and in the Kargil Conflict in 1999.

It also commemorates the soldiers who participated and made supreme sacrifice in the UN Peace Keeping Missions, during Humanitarian Assistance and Disaster Relief (HADR) Operations, counter-insurgency operations and Low Intensity Capital Operation (LICO)

The India Gate itself is a war memorial built during the British Raj as the All India War Memorial Arch to honour the soldiers who died in the First World War (1914-1918) and the Third Anglo-Afghan War (1919). The landmark has the names of soldiers inscribed on its surface.

Rose petals will be showered during the course of the event by helicopters and a fly-past in 'Missing Man' formation will also be part of the event.

Modi will also attend a rally of ex-servicemen at the National Stadium before unveiling the memorial.