An Indian Navy officer died on Friday while trying to put out a fire. 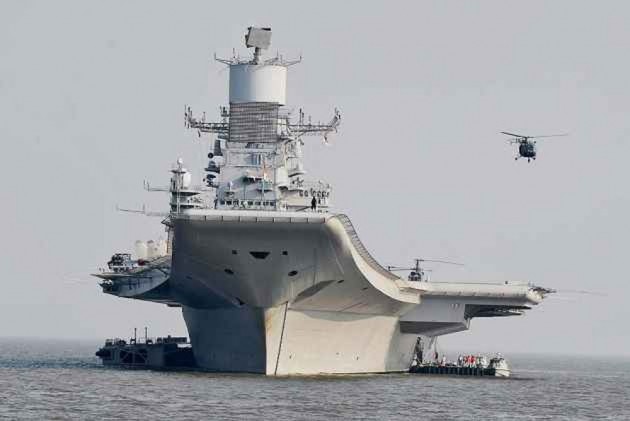 An Indian Navy officer died on Friday while trying to put out a fire on INS Vikramaditya when the ship was entering the Karwar harbour in Karnataka, the government said.

Lt Cdr D.S. Chauhan, who was leading the firefighting efforts, suffered a loss of consciousness owing to smoke and fumes, an official note released by the Navy said.

Chauhan collapsed while taking swift action preventing any serious damage affecting the ship's combat capability and was rushed to the Naval Hospital at Karwar, INHS Patanjali for medical attention.

"However, the officer could not be revived," the statement said.

A Board of Inquiry will probe circumstances of the incident