Naveen Patnaik, who will take oath as Odisha Chief Minister for the fifth time in a row at 10.30 am on Wednesday, has invited PM Narendra Modi for his swearing-in ceremony 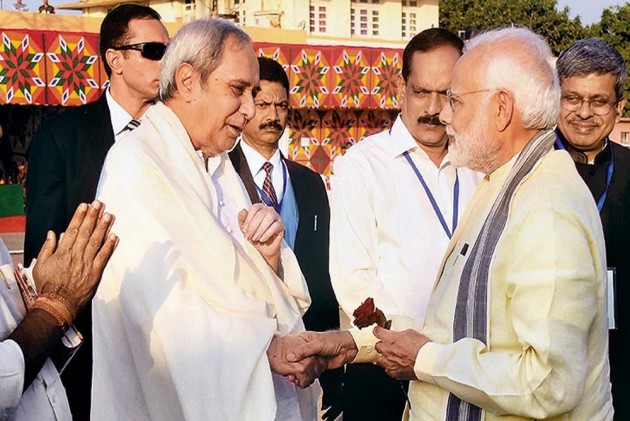 Patnaik will take oath as the chief minister for fifth time in a row at 10.30 am on Wednesday.

"A special message has been sent to Delhi to invite the Prime Minister for the swearing-in ceremony of the new government in Odisha," sources in the Biju Janata Dal (BJD) said.

Naveen Patnaik: A Politician Who Has Never ‘Tasted’ Defeat

Invitations have also been sent to leaders of different political parties in the state. However, the invite to the prime minister is significant as Patnaik had during election campaign given an open invitation to Modi.

Patnaik at an election meeting at Basta under Balasore Lok Sabha constituency had invited Modi to his swearing-in, after Modi in a public meeting announced that he would again visit Odisha to attend the swearing-in ceremony of the next BJP government in the state.

Modi had also predicted that Patnaik's government will be out of power after the May 23 poll result announcement.

In his reply, Patnaik had said, "BJD has already secured majority in the Assembly by the end of the third-phase of polling. I humbly invite him (Modi) to attend the oath-taking ceremony of the new BJD government."

Apart from the prime minister, the state government has also invited captains of industries, members of women self
help groups and others to the ceremony.

The BJD supremo's elder sister Gita Mehta and other members of his family may also attend the function.

This time, Patnaik will take oath at the exhibition ground here. In earlier four occasions, he had taken oath at Raj Bhavan.

Director General of Police R P Sharma and other senior officers reviewed the security arrangements at the new venue.

Governor Prof Ganeshi Lal will administer oath of office to Patnaik and his council of ministers.

Patnaik had on May 24 tendered resignation of the council of ministers headed by him. He had on Sunday met the governor and staked claim for government formation.

After being satisfied that the BJD commands a majority in Odisha Legislative Assembly, the governor extended an invitation to the party chief to form the new government, an official communication said.

The Patnaik-led BJD has secured 112 seats in the 147-member Odisha Assembly followed by BJP that won 23 seats and Congress with nine seats. An independent and CPI(M) won one seat each.