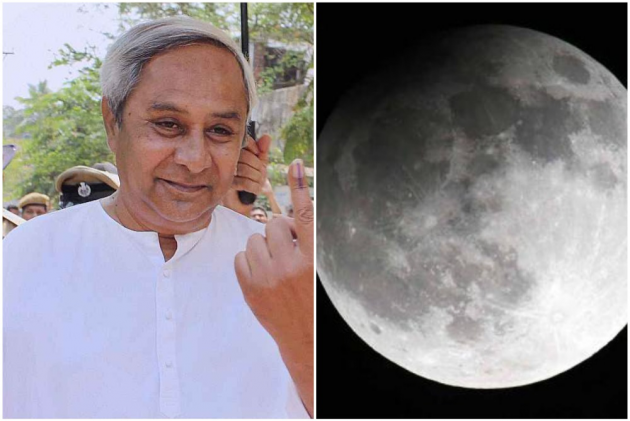 This is one birthday gift Naveen Patnaik could have least expected. The Odisha chief minister had refused to celebrate his birthday On October 16 in view of the ongoing pandemic and had asked his supporters to donate blood, rather than visit his residence to greet him. But this devoted fan from Kujang area in Jagatsinghpur district gifted a piece of land on the moon—yes, you read that right--to his idol instead.

Prabir Kumar Pradhan, an ardent fan of Naveen Patnaik, purchased three acres of land on moon for his idol from Luna Society International, an American company that sells real estate on the moon, by using his own resources. Though he finalised the land deal three months ago, he was waiting for the CM’s birthday to make the announcement. “I am a big fan of the chief minister. He is honest and dedicated to the people of Odisha,” he said. 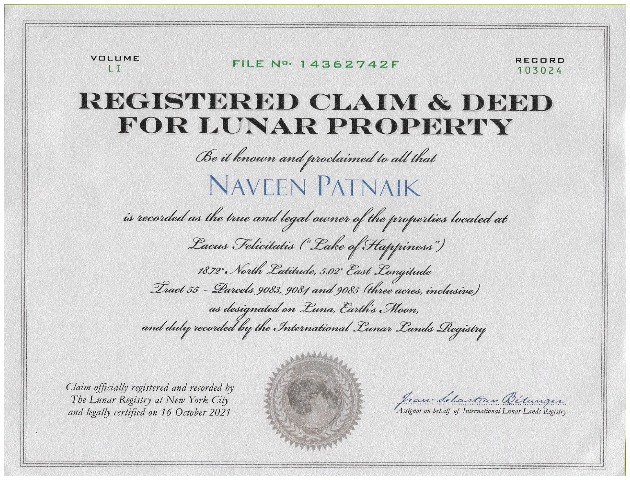 Taking to Twitter, Pradhan gushed, “My joy would know no bound if you generously accept my small gift of ‘Land on Moon’ as a token of significant respect and gratitude for my all-time favourite great man of Odisha.” 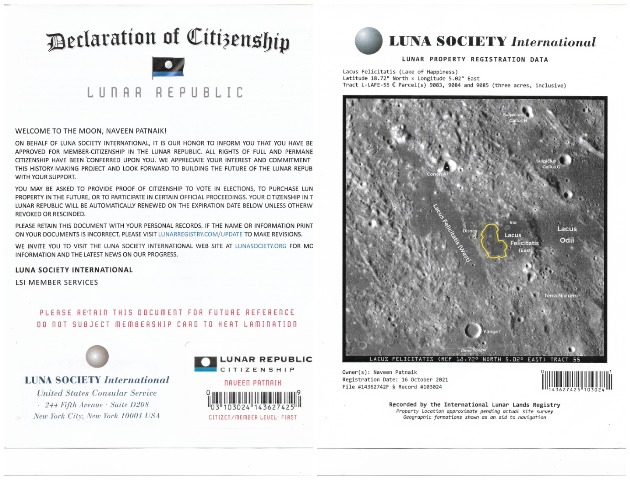 He also promised to donate to the chief minister’s relief fund. Pradhan said he wished to meet Patnaik after the Covid situation normalises and hand over the lunar land ownership document, along with the donation. “I would be ever grateful if I able (sic) to enjoy your kind consent a day to meet you physically. Namaskar,” he said on the micro-blogging site.

Pradhan, who works for IFFCO, a fertiliser manufacturing company in Paradip, was earlier in the news for having purchased and gifted two patches of land on the moon for his wife Debashree and daughter Pradyasa.