Navjot Singh Sidhu and Medical Education and Research Minister Om Prakash Soni have not been made part of any of the groups, which include some MLAs and officials. 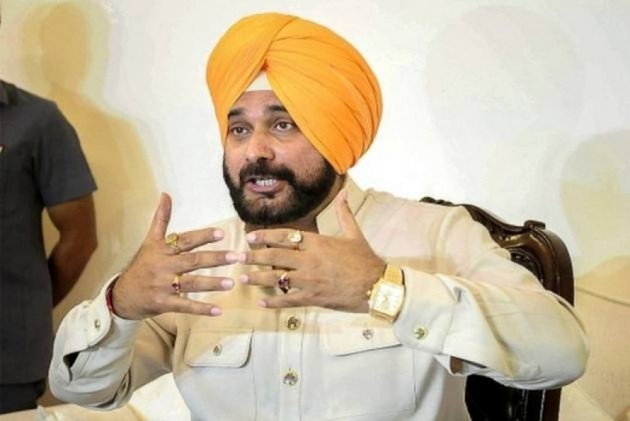 Punjab minister Navjot Singh Sidhu has been left out of the eight consultative groups constituted by Chief Minister Amarinder Singh to accelerate implementation of his government's flagship programmes.

Sidhu and Medical Education and Research Minister Om Prakash Soni have not been made part of any of the groups, which include some MLAs and officials, according to an official statement.

Sidhu, who has been at loggerheads with Singh, was divested of local government, tourism and cultural affairs portfolios and given power and new and renewable energy sources department in rejig on Thursday.

Sidhu has yet not taken the charge of his new assignment.

These consultative groups have been mandated to review the performance of the state government programmes and give recommendations to improve them.

They will also recommend changes to improve the outreach of the programmes and the participation of citizens in them, according to an official statement.

The Congress government has initiated a number of pro-poor programmes in keeping with its commitment to the people of Punjab, the CM was quoted as saying in the statement.

"These programmes or schemes had shown substantial results, but during recent field tours, it was gathered that participation of elected representatives and communities in formulation and implementation of these programmes needed to be more impactful," Singh said.

He also leads the group on combating drug abuse.