Addressing a press conference in Chandigarh, Sidhu said that he will resume working as the President on the day when the new AG will be appointed. Sidhu has also sought a panel on the appointment of the new DGP. 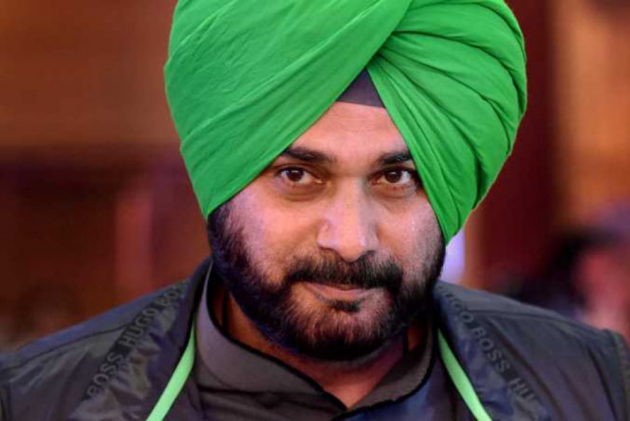 In a turn of events, Congress' Punjab chief Navjot Singh Sidhu said on Friday that he had "taken back" his resignation and that he would continue to serve the party in the post of the Punjab Pradesh Congress Committee. The cricketer-turned-politician had previously announced his resignation from the post on September 28 amid a seemingly ongoing tussle with the party on the appointment of APS Deol as the Advocate General.

Addressing a press conference in Chandigarh, Sidhu, however, served up a an ultimatum to the government and said that he will resume working as the President on the day when the new AG will be appointed. Sidhu has also sought a panel on the appointment of the new DGP.

Earlier in November, Deol reportedly resigned following objections by Navjot Singh Sidhu regarding his appointment. As per reports, the Punjab Pradesh Congress Committee chief Sidhu had not been happy with Deol's appointment and had even had words with present Punjab CM Charanjit Singh Channi regarding the distribution of portfolios in the Punjab government.

The Punjab government has since shared a list of 10 names with the Union Public Service Commission regarding the appointment of the Director-General of Police.

Sidhu had resigned soon after Deol'a appointment. Speaking to the media in Chandigarh, Sidhu said, "Posts do not matter when you are on the path of truth".

Sidhu's objection against Deol as the AG was based on his position as the counsel for former DGP Sumedh Singh Saini. Deol had previously secured bail for him in various cases. Saini is also under the scanner in the police firing cases of Behbal Kalan that followed after the 2015 sacrilege cases across the state.

According to sources, the government had appointed senior advocate Rajwinder Singh Bains as a Special Public Prosecutor for the politically sensitive sacrilege matters. However, sources said that Sidhu had been insisting on the removal of Deol as he claimed that his continuation will result in questions being raised over propriety. “Deol had defended Saini, so it would have sent a signal that the government wasn’t keen on punishing the culprits in the case," a Congress leader close to Sidhu told Outlook upon Deol's resignation.

Apart from Deol's resignation, Sidhu had also raised objections on the appointment of DGP and demanded the removal of DGP IPS Sahota, who is said to be a close aide to CM Channi.