Political pundits are now waiting for Navjot Singh Sidhu’s next move ahead of Punjab Assembly elections 2022. 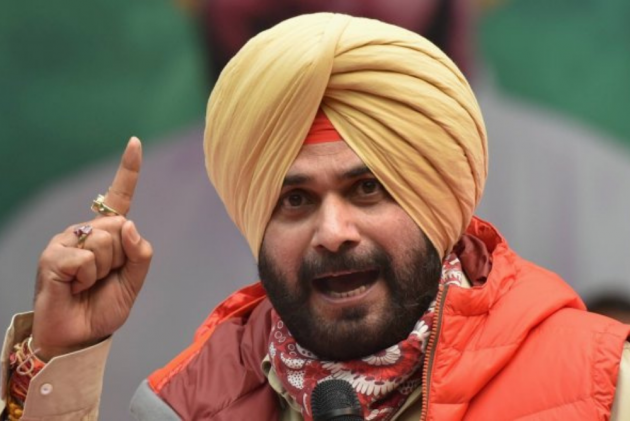 Navjot Singh Sidhu would like to believe he is the weathervane for Punjab. As he is seen to be making overtures to the Aam Admi Party (AAP) on the eve of Assembly elections in the state, does the Congress leader think that the wind is blowing the AAP way?

Going by the past political moves made by the mercurial Sidhu, he has invariably landed on the winning side. Now with chief minister Captain Amarinder Singh under fire for the power crisis in the state and over farmers’ issues, AAP has already hit the streets in Punjab with regular protests. Delhi chief minister and AAP supremo Arvind Kejriwal has even promised free electricity to Punjab, if it forms the next government there.

Looking to expand its footprints beyond the Capital, AAP has already made inroads in Punjab. It had emerged as the principal opposition party in the state, winning 20 of the 112 seats it contested. Shiromani Akali Dal (SAD) had managed to win 15 of the 94 seats it contested, and its then ally the BJP could manage only three of the 28. The Congress had formed the government under Amarinder Singh, winning 77 seats, overthrowing a two-term SAD-BJP government.

With the SAD still not looking like a winning party, and the BJP still out of contention, the AAP probably looks like a winner to Sidhu. Incidentally, there was a buzz around Sidhu joining the AAP in the run-up to the 2017 assembly elections too after he resigned from his Rajya Sabha seat months after being nominated by the BJP in 2016. He then briefly launched a new political front – Aawaz-e-Punjab – before joining the Congress in January 2017. He contested and won from the Amritsar East assembly seat. And landed on the winning side as Congress won the state.

Joining the BJP in 2004, he contested from Amritsar Lok Sabha constituency and was one of the three MPs from the party to get elected from Punjab. Late actor Vinod Khanna and Avinash Rai Khanna were the other two. Winning the next elections too, he was asked to vacate the Amritsar seat for the late Arun Jaitley. And that is when Sidhu’s disenchantment with the party began as he refused to campaign for Jaitley.

Now, with Sidhu questioning the Captain and his policies openly, and also putting out a cryptic tweet about AAP “recognizing” his “vision and work for Punjab”, speculation is rife again about him joining Kejriwal’s party. Political pundits are now waiting for Sidhu’s next move. Will he join AAP in the hope of being projected as the party’s CM candidate? Or will he use the buzz to angle a deal with the Congress – that of the party's state president? Will his decision actually serve as the weathervane for Punjab?