CM Pramod Sawant said that the flag hoisting will happen at the island "at any cost" and assured full cooperation to the Navy from the Goa police for the event. 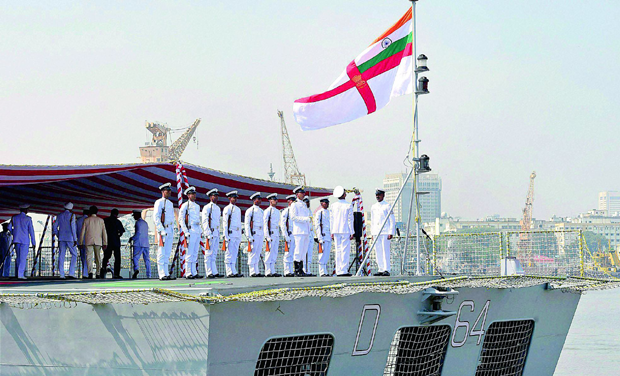 Goa Chief Minister Pramod Sawant on Saturday requested the naval authorities to carry on with their scheduled programme of unfurling the tricolour at Sao Jacinto island in South Goa on the Independence Day which they previously had cancelled owing to certain objetions put forward by the local people.

The chief minister also warned the islanders that "anti-India activities" would be dealt with an "iron fist".

The residents of Sao Jacinto, however, made it clear that they were not opposed to unfurling of the flag, but were afraid that the Navy's function scheduled on Sunday could be the beginning of the central government taking over the island under the Major Ports Authorities Bill, 2020 in future.

Sawant said the flag hoisting will happen at the island "at any cost" and assured full cooperation to the Navy from the Goa police for the event.

Officials have said that the Ministry of Defence planned unfurling of the national flag on islands across the nation between August 13 and 15 as part of the 'Azadi ka Amrit Mahotsav' to commemorate 75 years of Independence.

A spokesperson of the Navy's INS Hansa base near Dabolim in the state said on Friday that a team from the Goa Naval Area visited the islands of the state, including Sao Jacinto, as part of this pan-India initiative.

"However, the plan at Jacinto island had to be cancelled due to the objection by local residents," he said.

The Navy official said the nationwide 'Azadi ka Amrit Mahotsav' initiative has been undertaken to instill a sense of patriotism and celebrate the run up to the 75th year of independence.

Sao Jacinto island is located around four kms away from INS Hansa base and approximately 100 families reside there.

Anthony Rodrigues, who owns the land where the Navy had planned to carry out the flag hoisting event, said that he had already given his go ahead to the naval officials for the programme, but some local residents expressed apprehensions.

"Several local residents came to my residence, asking me why I allowed the place for flag hoisting. Their apprehension is that the Navy might take over the island in future. So I told the Navy about the reservations expressed by the locals," he said.

Another resident, Custodio D’Souza, said that the issue is not about the hoisting of the national flag.

"We don’t mind Indian Navy joining us for the event on the Independence Day,” he said, adding that the islanders are concerned that the central government might take over the island under the Major Ports Authorities Bill, 2020 in future.

D'Souza said that the residents were worried that Mormugao Port Trust may take over the island under this law.

He recalled that the residents of the island had taken a vow some years back not to sell their land to anyone.

Another resident said, "We want to protect our island under any circumstances. We are facing threats from different quarters, including the Coastal Zone Management Plan."

Reacting to the Navy's announcement of cancelling the flag hoisting programme, CM Sawant said on Twitter late on Friday, "It is unfortunate and shameful that some individuals at St. Jacinto Island have objected to Hoisting of the National Flag by the Indian Navy on the occasion of India's Independence Day. I condemn this and want to state on record that my Government will not tolerate any such acts."

"I have requested the Indian Navy to go ahead with their original plan and have assured full cooperation from Goa Police. These attempts of Anti-India activities shall be dealt with an iron fist. It will always be Nation First," he added.

Speaking at Saligao on the sidelines of a rally on Saturday, the chief minister said, "The flag hoisting will happen on the island at any cost and I have asked the authorities to ensure that the tricolour is unfurled there."