Admiral Singh was delivering a speech on the topic, Indian Ocean - Changing Dynamic - Maritime Security Imperatives for India, as a part of the series held in the memory of former Army chief the late General B C Joshi. 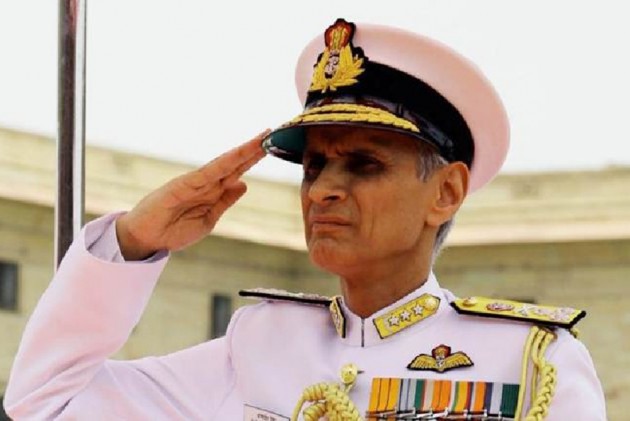 The Indian Navy needs an "assured" budgetary support to build its capability, its chief Admiral Karambir Singh said on Monday as he outlined challenges in realising the maritime potential of the country.

He said allocation to the Navy has reduced from 18 per cent of the defence budget in 2012-13 to 13 per cent now, impacting future force planning and capability development.

The Chief of Naval Staff also called for setting up a defence diplomacy fund.

"This way we are finding it difficult to assure the nation, that wants to become a USD 5 trillion economy by 2024, and give the kind of impetus (it needs) on maritime front," he added.

Admiral Singh was delivering a speech on the topic, Indian Ocean - Changing Dynamic - Maritime Security Imperatives for India, as a part of the series held in the memory of former Army chief the late General B C Joshi.

When asked, during a brief interaction with reporters, whether any project had to be halted over low allocation, he said, "Because of budgetary allocation we have to do a little bit of revamping of our procurement plan. Yes, it has limited us to some extent."

Pointing out another challenge, Admiral Singh, who took charge on May 31, said at the lecture series that India is looked at as a net security provider in the Indian Ocean Region (IOR).

"We go to various countries. They require help on capacity building and we make a lot of promises but we are poor on delivery and this is one area where we really have to get over.

Absorption of new technologies is also one of the challenges before the Indian Navy, he said.

"The key here is that we must have technologies, which are contemporary when available," he said.

The Navy chief added that maritime security involved a large number of stakeholders.

Coordination and building synergy through all these stakeholders is a huge humongous task, he said.

"And towards this, there is though the process of having something called National Maritime Commission, which will coordinate all aspects of the maritime domain."

He said "resource competition" is also a challenge.

"There are plenty of resources in our Exclusive Economic Zone, which is two-third of our landmass. Exploration, energy, fish, oil and the seabed, everything is ours but we have not yet harnessed much of this.

"We need to have a comprehensive plan to harness the potential of the ocean. Other nations have moved quickly on the issues of delimitation of maritime boundaries as well as filing claim for extended continental shelves, which we haven't done," Admiral Singh.

He said "illegal, unreported and unregulated" fishing in the IOR is also a challenge.

Some developed countries are coming to the IOR for fishing, but most nations in the region are not able to monitor this activity.

"Therefore, countries from outside the region come in in huge numbers with big fishing vessels so we need to stop this exploitation in the IOR," the Navy chief said.

Asked about his remarks over China's presence in the IOR and India's strategy to "counter" it, he said he will not use the word 'counter', but said, "We are watching the progress.

"They (China) want to become a global power...we are watching them and for us national security is important."