Home  »  Website  »  National  »  NC Leader Says Article 370 Must Be Fought For, Politically Rather Than Legally

NC Leader Says Article 370 Must Be Fought For, Politically Rather Than Legally

After the Babri mosque demolition verdict was declared yesterday by a CBI special court, National Conference leader Syed Basharat Bukhari has said that the petitions filed before the Supreme Court to challenge the government’s decision to revoke Article 370 should be withdrawn. 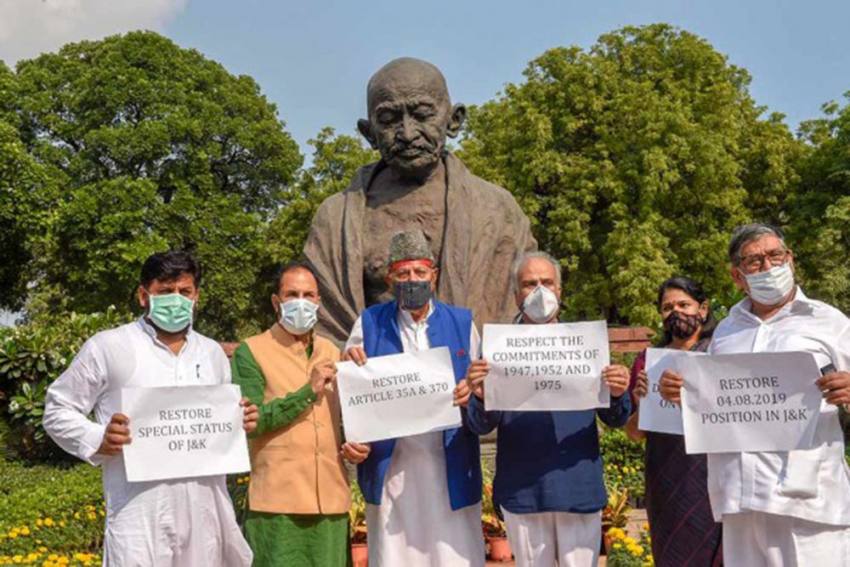 National Conference President & MP Farooq Abdullah and other lawmakers protest demanding restoration of special status of J&K and other issues in front of Mahatma Gandhi statue, during the recently concluded Monsoon Session, at Parliament House in New Delhi.
PTI
Naseer Ganai 2020-10-01T13:47:23+05:30 NC Leader Says Article 370 Must Be Fought For, Politically Rather Than Legally 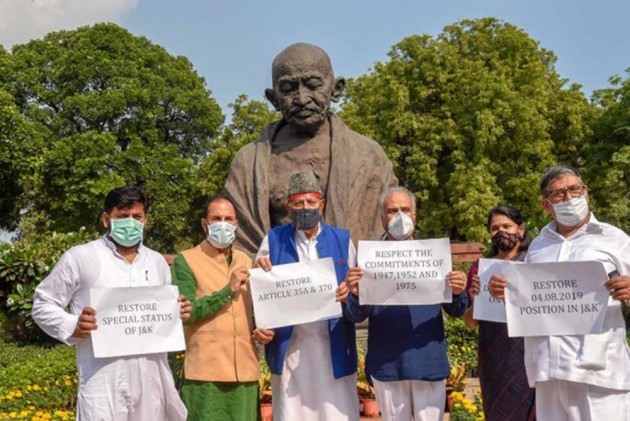 After the CBI’s special court judgment on Tuesday on the Babri Masjid demolition case, a senior National Conference (NC) leader Syed Basharat Bukhari has said that the petitions filed before the Supreme Court to challenge the government’s decision to revoke Article 370 should be withdrawn.

In a tweet, Bukhari said, “high time for J&K political parties/individuals to withdraw cases viz article370/35A after today’s verdict. It is better to fight politically rather having chapter closed by the court.”

However, the National Conference has said that the party will continue to pursue its struggle to restore Article 370 and Article 35A, through political and legal means. A party spokesman said Bukhari has expressed his personal views and they should not be construed as the party’s views. “Yesterday’s decision has brought hopelessness and Bukhari’s resentment is on expected lines. But Bukhari’s views are his personal and it has nothing to do with the party,” he added.

For the past several months the NC has been arguing that they have a strong legal case before the Supreme Court for their demand of restoration of Article 370. The party’s senior leader and MP, Hasnian Masoodi has called the move to abrogate Article 370 as “unconstitutional.”

“The amending powers available to Parliament to amend any provision of the Constitution are not attracted in case of Article 370 and cannot be pressed in service, much less abrogate it. Our stand before the Supreme Court is that the procedure followed by the centre on August 5, 2019 to abrogate Article 370 and Article 35A is unconstitutional,” Masoodi said.