"Appropriate action" will be taken by the commission "accordingly", the NCM said adding that chairman Lalpura has "proposed" to visit the site in Ambala where a "church was vandalized" recently. 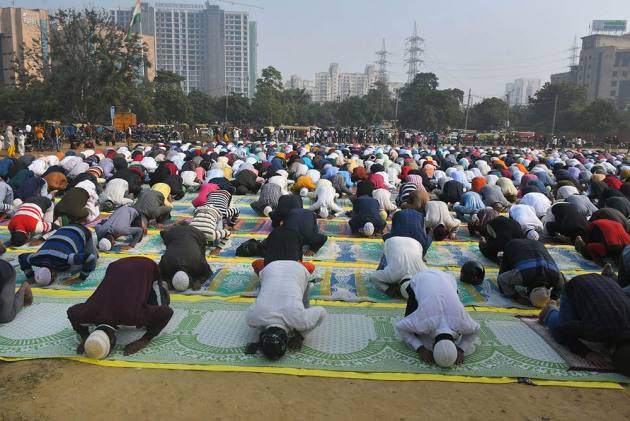 Taking congizance of the hate speeches delivered at religious conclaves in Haridwar and Raipur recently, the National Commission for Minority (NCM) has sought reports from Uttarakhand and Chhattisgarh government respectively, its chairman Iqbal Singh Lalpura said in a press conference.

He further said, that the Commission has also taken note of an ongoing row in Gurgaon over offering Namaz in open spaces and called for a report on the issue from the Haryana government.

Later in a statement, the NCM said, it has also taken "suo motu" cognisance of "attacks on churches" in different parts of the country and will send teams to enquire into the matter as well seek reports from authorities concerned.

Asked if the Commission has taken any action against the alleged hate speeches delivered by some participants at religious conclaves organised in Haridwar and Raipur recently, the NCM chairman said, "We have sent notices to both the states (Uttarakhand and Chhattisgarh) and called for reports. Their reply is expected to come in the first week of January." Based on the reports from the two states, the Commission will decide its next course of action.

Replying to a question on the ongoing tussle in Gurgaon over offering Namaz in open, the NCM chairman said, "We have issued a notice to Haryana government through the state chief secretary in this connection. The Haryana government have to send a reply to the Commission's notice by January 10, 2022."

Besides, vice chairman of the Commission Atif Rasheed has been requested to visit Gurgaon to speak to the people of the two communities engaged in the tussle over offering Namaz in open space, the NCM chairman added.