NCW (National Commission for Women) also asked Uttar Pradesh police to probe the veracity of a purported video, which shows hairstylist Jawed Habib spitting on the woman's head while styling her hair. 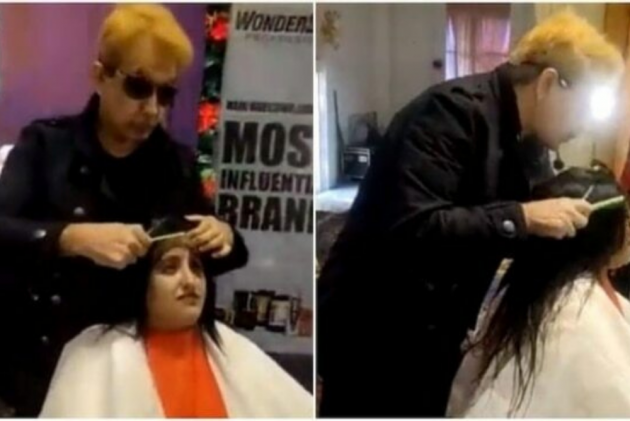 The National Commission for Women (NCW) has summoned popular hairstylist Jawed Habib on January 11 for explaining his action of allegedly spitting on a woman's head while styling her hair.

The NCW also asked the Uttar Pradesh Police to probe the veracity of a purported video which shows Habib spitting on the woman's head while styling her hair.

In a summon to Habib issued on Friday, the NCW said it has taken serious note of his action.

A noted hairstylist, Habib operates more than 850 salons and around 65 hair academies across 115 cities across India.

In the video, Habib is seen spitting on the woman's hair while she sits with her back to him and is heard saying "if there is scarcity of water, then use saliva". The incident took place in Muzzafarnagar.

The audience can be heard laughing and applauding in the background in the video which has now gone viral with Habib being criticised by netizens for his action.

The stylist, however, later apologised for the act.

"Some words spoken by me have hurt people. I want to say one thing that these are professional workshops and are long shows and when they are long, we have to make them humorous. What can I say? If you are truly hurt, I apologise from my heart. Please forgive me. Sorry," he said in a video message.