While it is clear that the NDA will enjoy another term in Assam, as per current trends, the saffron alliance might end up winning lesser seats compared to its 2016 tally 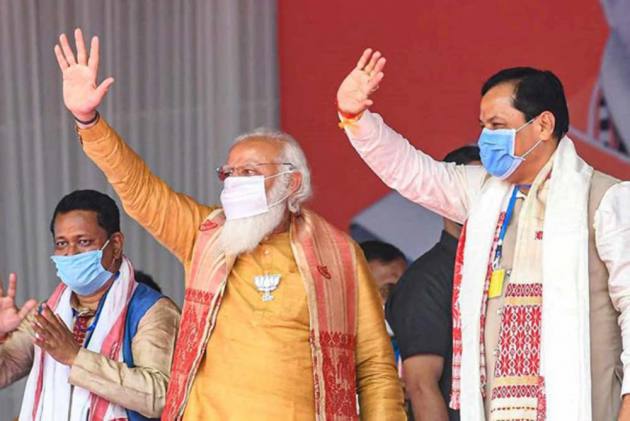 While it looks like the BJP may not be able to accomplish its ‘Mission 100’ (bagging 100 seats in the elections), the party along with its allies-- UPPL and AGP, is poised to retain power in the state.

While many were expecting the saffron alliance to take the state by storm, if the present trends continue to persist and eventually translate into seats, the NDA could very well end up with less than the 86 seats it had won in 2016.

However, this did not hinder Chief minister Sarbananda Sonowal from expressing his gratitude to the electorate even before the declaration of results.

“People have blessed us. We can say for sure that the BJP will form government in Assam. We are coming back to power with our partners AGP and UPPL," Sonowal told reporters, earlier today.

Meanwhile, the Congress might put up a better performance than last time, when it won 26 seats.

As of 3 pm, the grand old party was leading in 48 seats. The Congress along with the AIUDF and BPF have formed the Grand Alliance (Mahajot).

The Mahajot’s poor performance during this election can be attributed to the BPF not doing well, as the party was leading in only one seat as of 2.30 pm. The BPF had won 12 seats during the 2016 Assembly elections.