Need Time To Bring Out Truth, Will Then Join Investigation: Deep Sidhu

Deep Sidhu is in the eye of a storm for being part of the protesters who hoisted a religious flag atop the Red Fort on Republic Day. 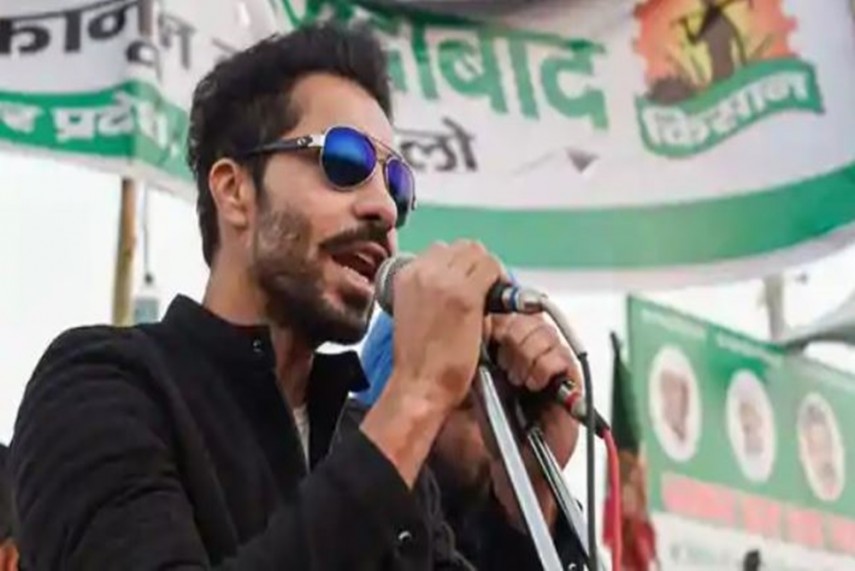 Actor-turned-activist Deep Sidhu has said he needs some time to bring out the truth and will then join the investigation. Deep Sidhu has recently come to much attention for his involvement in a religious flag incident at Red Fort and has been booked in connection with the same.

Sidhu is in the eye of a storm for being part of the protesters who hoisted a religious flag atop the Red Fort on Republic Day.

He said he needed some time to bring out the truth.

“Because whatever has been spread, it is false information and it is misleading the public at large. Therefore, I need a couple of days to bring out the truth and then I will join the investigation,” said Sidhu.

He told the investigation agencies and the police department that he will come to them in two days.

“The kind of rumours being spread is not based on facts. I need two days to bring out the truth based on the facts and I will collect all the evidence and proof,” he stated.

The Delhi Police had named Sidhu in an FIR lodged in connection with the Red Fort incident.

Sidhu was present at the Red Fort when a religious flag and a farmer flag were put at the flagpole at the historic monument, triggering massive outrage.

Sidhu had been accused by farm bodies of trying to defame their agitation and termed a "traitor".

In his latest video, Sidhu alleged, “But after looking at all the information now, it appears that it could also be a trap. Be it of the Delhi police or of the government. It appears to be a trap.”

Narrating the sequence of events, Sidhu said, “I left my place at around 10:45 am in a car. By that time, the information was received that people on their own headed towards Ring Road and were moving towards Delhi and they did not follow the route as decided by the Delhi police and the government".

He claimed that he passed through villages as the main road was blocked. He reached a place where the barricading was broken.

Then the police at one place had stopped the traffic and they also got stuck there, he said.

He claimed that “weak” barricading was put up by the police.

Sidhu further claimed that the police allowed one tractor and a car each and they also moved ahead.

He stated that they then reached near the Red Fort and he got a 'Nishan Sahib' from a person on his way.

After entering the Red Fort, he found thousands of people there, said Sidhu.

Then the 'Nishan Sahib' and a farmer flag were put at a flagpole by some people, he said.

He claimed that even policemen “praised” them for not indulging in any kind of hooliganism. Thereafter, he came out of the Red Fort, he said.

Sidhu stated that later, he was told that some people were not coming out of the Red Fort.

“We went back there and requested people to come down,” he said.

He claimed that even two IPS officers in Delhi thanked him for bringing people back.

Sidhu claimed that the barricading, which was done by the police when farmers marched from Punjab to Delhi on November 26, was much heavier than what was done on January 26.

On Thursday, he had hit out at farm leaders for allegedly spreading false propaganda and hatred against him.

On January 26, Sidhu, hailing from Punjab's Muktsar district, had sought to defend the action of protesters at the Red Fort, saying they did not remove the national flag and had put up the 'Nishan Sahib' as a symbolic protest.