Commission recommends urgent measures as air quality in the national capital has plummeted to the 'severe category'. 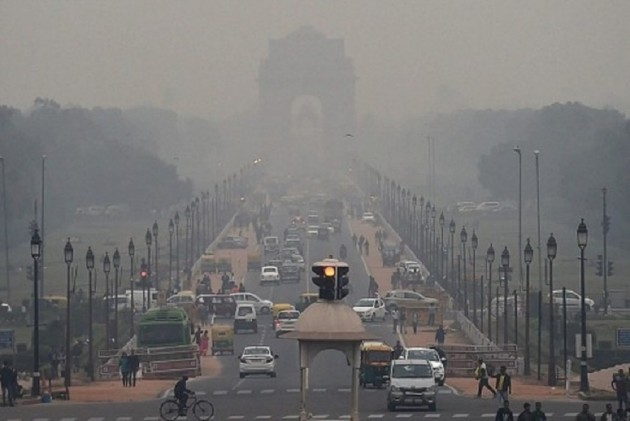 The newly-constituted Commission for Air Quality Management in the National Capital Region and adjoining areas on Monday stressed on the need for enforcing existing laws, directions and standard operating procedures to minimize air pollution on an emergency basis.

As the blanket of smog over Delhi-NCR thickened on Monday, reducing visibility at many places to just 600 metres, the commission held a review meeting and asked the public to minimise use of personal transport, work from home and restrict travel unless absolutely necessary.

Air quality in the national capital and the adjoining NCR cities was recorded in the "severe" category with calm wind speed exacerbating the effect of stubble burning.

The panel also called for encouraging "coal-using industries in NCR to minimize the use of coal in the coming months".

It called for strict implementation of extant rules, court and tribunal orders regarding stubble burning and use of firecrackers and encouraging industries in NCR to minimize the use of coal in the coming months.

"Future action will necessitate consultation with various stakeholders. However, at this stage, the Commission stresses on the need to strictly enforce existing laws, rules, guidelines, directions and standard operating procedures to minimize air pollution on an emergency basis," the Commission said in a statement.

The panel was of the view that active public involvement was "critical in the abatement of air pollution" and sought co-operation from civil society to report air pollution incidents on the Sameer App of the Central Pollution Control Board, according to the statement.

Major immediate measures suggested by the commission include strict enforcement of laws and rules regarding dust control measures, including at construction sites, and burning of municipal solid waste and biomass.

It suggested the implementing agencies to intensify water sprinkling, particularly in dust-prone areas, and use anti-smog guns at pollution hotspots, especially at construction sites.

Delhi's air quality index (AQI) stood at 477 on Monday, the highest since November 3 last year when it was 494, according to Central Pollution Control Board data. Its 24-hour average AQI was 416 on Sunday, 427 on Saturday, 406 on Friday and 450 on Thursday.