Dilip Ghosh also asserted that everybody has to abide by the rules and regulations of the party, be it the old-timers or the newcomers. 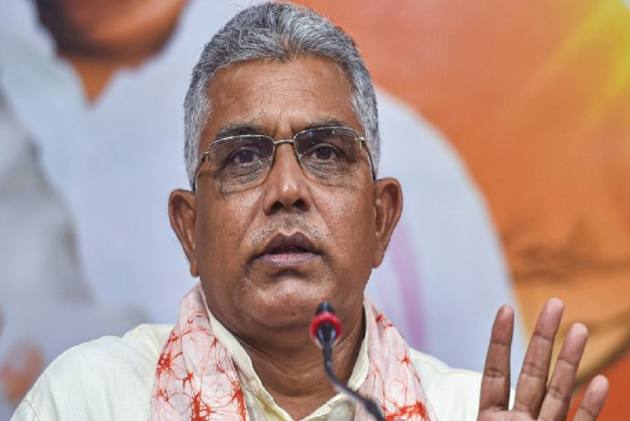 With several Trinamool Congress members switching camp and flocking to the saffron side, BJP Bengal chief Dilip Ghosh allayed concerns of old-time party leaders assuring them their interests wouldn't be out ruled. The defections dot Bengal's political landscape ahead of Assembly polls, and have reportedly led to some angst amongst BJP's old leaders.

Switching political allegiance doesn't always guarantee leadership positions, Ghosh asserted. He also maintained that in order for BJP to expand its foothold in the TMC-ruled state, it needs to induct people from other political outfits.

In an interview to PTI, he also clarified that everybody has to abide by the rules and regulations of the party, be it the old-timers or the newcomers.

The BJP is a growing force in West Bengal. Our organisation is getting strengthened with each passing day; people from other parties including the TMC are joining us. If we don't take people from other outfits, how will we grow?

"No matter who joins the camp, I would like to add that everyone has to abide by the rules and regulations of the party. No one is above the party," he said, when asked about reports of infighting in certain pockets of the state over induction of leaders from the TMC.

According to saffron camp sources, several party cadres and the RSS -- the BJPs ideological parent -- are not very happy with the induction of certain leaders in the party.

"There could be complaints against some leaders, but one has to understand that not everyone who joins us will be given a position of leadership. In a democracy, numbers play an important role. We have to get the numbers (to come to power)," he said.

Many senior TMC leaders, including political heavyweight Suvendu Adhikari, 14 other MLAs and a sitting MP, have switched over to the saffron camp in the last two years.

Talking about Bengal Chief Minister Mamata Banerjee's allegation that the BJP has turned into a "washing machine" that cleanses corrupt turncoats after inducting them, Ghosh said taking someone into the party fold does not mean justifying his wrong deeds.

"We are not certifying or justifying anyone or anything. If someone is proven guilty, he or she will have to face the consequences. It's the TMC that believes in the culture of corruption.

"In our society, a section of people are into politics, and wherever this section goes, that party grows from strength to strength. If there are some politicians who are willing to join us, we will welcome them. Law, on the other hand, will take its own course," he stated.

Ghosh, however, maintained that the party has put in place a mechanism to look into the profile of cadres and workers before inducting them.

"We are not here to judge anyone. But that doesn't mean we will induct each and every one. There is a screening process and everybody has to go through it. We can never deliver good governance if we don't come to power. For that, we need to expand our base," he said.

Ghosh assured the old-timers that they have nothing to worry about, as each of them will be accommodated according to their abilities.

Referring to the "outsider versus insider" debate in West Bengal, Ghosh said the TMC has raked up the issue as it has nothing else to talk about.

The TMC, after a decade in power in the state, has nothing to talk about, it seems. Ours is a national party, and our leaders will come here to assist us. But those who are fighting elections or are working at the grassroots level are residents of this state. So the allegations are all baseless, he underlined.

Exuding confidence that the BJP will come to power with more than two-thirds majority, Ghosh said the party would draft a road map for the development of the state.

Speaking on the issue of projecting a chief ministerial candidate before the assembly polls, Ghosh said it is for the leadership to decide.

"In states where we were in opposition, we chose our CM candidate after winning the elections. Our party believes in collective leadership. Naming a chief ministerial candidate is not important," he pointed out.

Asked if he would take up the challenge if the party anoints him as its CM face, Ghosh said, he is a loyal soldier of the BJP, and has always taken up all responsibilities bestowed upon him.

"When I was asked to become the state president of the party, I accepted it. I worked hard... When I was asked to contest for an MLA or an MP post, I agreed. Whatever responsibility the party assigns to me, I will perform my duty diligently," he added.