'It is not (only) a matter of dignity of a woman or a man, Khan made an objectionable comment which hurt the prestige and traditions of the entire Parliament,' former Lok Sabha speaker Sumitra Mahajan said. 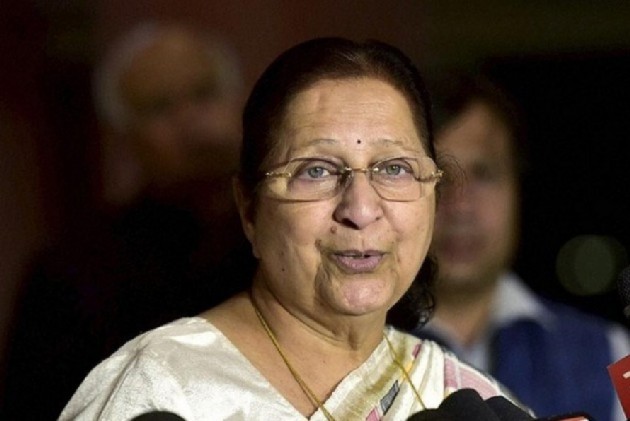 Former Lok Sabha Speaker Sumitra Mahajan said in Indore on Thursday that there should be a training program for people like Samajwadi Party MP Mohd Azam Khan so that they can learn how to behave in Parliament.

The Lok Sabha Thursday witnessed high drama when Khan made certain objectionable remarks against BJP's Rama Devi who was presiding over the proceedings, leading to the uproar with union ministers pressing for an apology from the SP leader.

"It is not (only) a matter of dignity of a woman or a man, Khan made an objectionable comment which hurt the prestige and traditions of the entire Parliament," Mahajan told reporters.

Asked what action should be taken against Khan, the former Speaker said, "Only suspension from Parliament for a few days will not suffice. There is a need of a seven-day special training for the people like him, so that they know how an MP should behave in the House.

"Khan should accept that he has violated parliamentary traditions and seek apology from the chair. It should also be considered that unless he seeks an apology, he should not be allowed to speak in the House," Mahajan added.

"After becoming a member of Parliament, MPs respect each other. If this person (Khan) is unable to understand this, then he will have to think for himself whether he is eligible to be called an MP," the veteran BJP leader, who was elected to the Lok Sabha eight times from Indore, said.

"After making objectionable remarks, Khan started terming the chair (Rama Devi) as his sister. But the Sher-o-Shayri (urdu verse) which Khan recited in Parliament is not addressed to a sister," Mahajan added.

She also expressed disappointment over the reaction of SP president Akhilesh Yadav.

"I don't understand what has happened to Akhilesh. He was the chief minister of a state, why he is taking stand in favour of Khan?" she said.