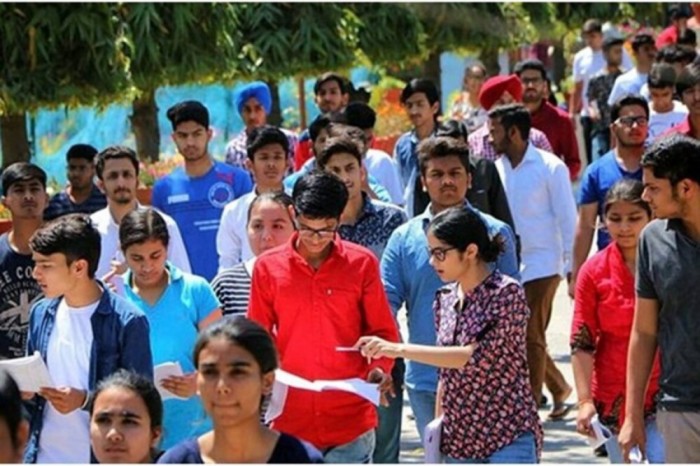 Three candidates have jointly secured the top rank in NEET-UG medical entrance examination, while more girls have qualified the examination than boys.

A tie-breaking formula will be used at the counselling stage for joint rank holders, an NTA official said.

The fifth rank has also been shared by 12 candidates while 21 candidates have shared the 19th rank.

The Ministry of Education’s testing agency has not used the tie-breaking formula this year for the announcement of ranks.

The NEET-UG exam was held on September 12 with over 95 per cent of the registered candidates appearing for the medical entrance exam.

According to NTA officials, continuing the trend of previous years more female students have qualified the exam than male students. Eight of the 14 transgender candidates who had appeared for the exam have also qualified.

Fifteen candidates were identified using unfair means during the exam and their results have been cancelled, the official added.

The single-shift pen-paper NEET-UG 2021 is a qualifying entrance exam for admission to bachelor courses in medicine and surgery (MBBS), dental surgery (BDS), ayurveda, unani and homeopathic among others in premier medical colleges like AIIMS and Jawaharlal Institute of Postgraduate Medical Education and Research (JIPMER), Puducherry.

The qualifying marks range this year has dropped from 2020.

“The Directorate UR of Health Services (DGHS), Government of India will conduct the counselling for 15 pc All India Quota Seats, Deemed Universities, Central Universities, Seats of ESIC and AFMC, BHU & AMU. Candidates may visit website www.mcc.nic.in for further information. Candidates will apply for 15 pc All India Quota seats as per the directions of DGHS and Counselling will be stopped once the seats are exhausted," the official added.

The Supreme Court Thursday permitted the National Testing Agency to declare the National Eligibility Entrance Test (NEET) results for admission to undergraduate medical courses across the country, saying that it cannot hold the results of over 16 lakh students.

A bench comprising Justices L Nageswara Rao, Sanjiv Khanna and B R Gavai also stayed the Bombay High Court's recent order asking the NTA not to declare the NEET results and conduct re-examination for two aspirants whose question papers and OMR sheets had got mixed up at a centre in Maharashtra. (With PTI inputs)