The first-time parliamentarian also claimed that the Congress governments ruined Kashmir by following the policy of "appeasement" in hostile situations and Ladakh became a "collateral damage". 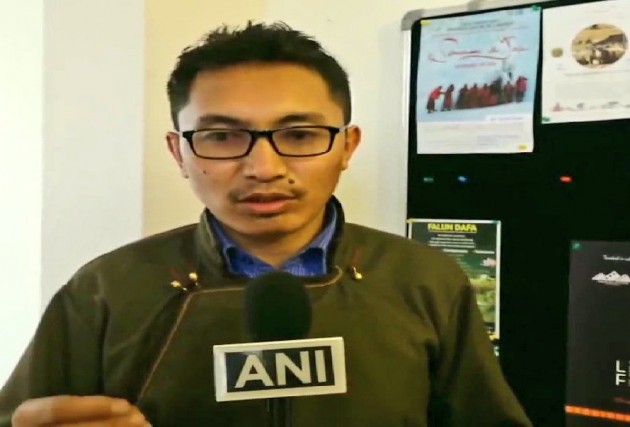 Jamyang Tsering Namgyal, the BJP MP from Ladakh who shot to fame after his impassioned speech on Article 370 in Parliament, feels the region did not get due importance in defence policies under the Congress rule and that was why "China has captured its area up to the Demchok sector".

The first-time parliamentarian also claimed that the Congress governments ruined Kashmir by following the policy of "appeasement" in hostile situations and Ladakh became a "collateral damage".

"(Former prime minister) Jawaharlal Nehru formulated the 'forward policy', which said we should move towards China inch by inch. During its implementation, it became a 'backward policy'. The (Chinese troops) continued to intrude into our territory and we continued to retreat," Namgyal told PTI in an interview.

"It's the reason Aksai Chin is completely under China. The People's Liberation Army personnel have come up to Demchok's 'nallah' because Ladakh didn't get due importance in defence policies in the 55 years of Congress rule," the 34-year-old added.

In July last year, Chinese and Indian troops engaged in a standoff after the People's Liberation Army objected to India constructing a 'nallah' or canal in its own area near Demchok.

In July this year, Chinese troops crossed the Line of Actual Control (LAC) and entered the Demchok sector after some Tibetans hoisted Tibetan flags on the occasion of Dalai Lama's birthday. Army chief General Bipin Rawat had later said: "There has been no intrusion. Chinese come and patrol their perceived line of actual control."

Asked how the things will change from the defence perspective with Ladakh becoming a Union territory, Namgyal said the region would now get its due importance.

The Bharatiya Janata Party MP said the execution of the rehabilitation project announced by then home minister Rajnath Singh would put an end to migration from border villages.

"The borders will become secure when city-like facilities, including roads, communication, schools and hospitals, will be provided to these areas under the Narendra Modi government," he said.

Namgyal, who earned the praise of Prime Minister Narendra Modi and Home Minister Amit Shah for his speech in the Lok Sabha a fortnight ago on the Jammu and Kashmir Reorganisation Bill, said the Congress made a mistake by approaching the United Nations on the Kashmir issue.

"Secondly, it followed the policy of appeasement whenever the situation in Kashmir turned hostile. It never dealt with it strictly," Namgyal said.

"Whenever the situation flared up in Kashmir, Congress tried to calm tempers by announcing special packages. It made stone-pelters happy and gave protection to separatists," he said. "Neither its policy was good and nor its intention. It ruined Kashmir and Ladakh became collateral damage."

The Ladakh MP criticised Congress leader Rahul Gandhi for attacking the Centre on the situation in Kashmir post the scrapping of almost all the provisions of Article 370, saying a person like him could say anything to "keep his chair safe".

"Congress ruled for 55 years but could never muster enough courage to take such a bold step. Now they are terming it craziness. We are not bothered about what he says," Namgyal said.

Giving examples of the losses Ladakh suffered by being with Kashmir, he said: "We have a degree college here which comes under the University of Kashmir. Now, even if there's an error in the spelling of names, the student has to go to Srinagar to get it corrected. If there's trouble in Kashmir, it takes a Ladakhi student five years to complete a three-year course."

According to the BJP MP, the Jammu and Kashmir administration would divert funds sanctioned for Ladakh. It never considered Ladakh's geography, climate, and environment while framing policies for the region.

On the future of the Ladakh Autonomous Hill Development Council, Namgyal said: "The Union home minister himself has said in Parliament. The LAHDC will continue to remain. People should not worry."

On the apprehensions of locals that outsiders would buy land and damage Ladakh's environment, Namgyal assured the people that no such thing would happen.

"Some people are saying that the bigger fish (outsiders) will eat the smaller ones," he said. "Ladakh's land belongs to its people. According to the Ladakh Autonomous Hill Development Councils Act, 1997, matters related to land comes under the LAHDC."

Namgyal said people need to understand that there were several sectors in Ladakh that had not been explored yet and investment would lead to employment generation.

"Shouldn't we bring investment in the IT sector?" he asked, adding that there would be several riders.

"They won't be able to buy land. They will have to lease it," he said. "We will also demand reservation in jobs for our people and royalty for the LAHDC."

Namgyal also urged the Centre to declare the region a tribal area under the Sixth Schedule of the Constitution to protect its land, culture and identity.