Opinion | NEP Afterthoughts: Can We Focus on Developing a Mother-Tongue-based Bilingual Model for Schools?

Though immersion in more than one language at an early age is useful towards learning more languages, this would only result in functional proficiency. 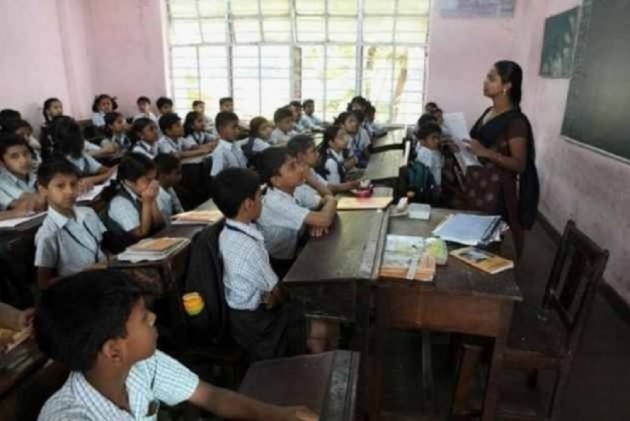 The revised draft version of the National Education Policy (NEP) 2018 dropped the controversial inclusion of Hindi as a school language. After removing the recommendation that insisted on Hindi being a compulsory language that students choose to study from Grade 6, the revised version now talks about implementing the three-language formula. This is an appropriate time to examine India’s multilingual reality, which is also a pedagogical nightmare for policy makers and educationists.

UNESCO identifies multilingualism as “a way of life than a problem to be solved”. It rightly identifies the challenges that a multilingual nation would pose to streamlining an education system according to the linguistic needs of its population. For example, the coastal belt of Udupi is home to Tulu, Konkani, Urdu, Beary and Kannada speaking communities. Udupi is also home to a sizable number of university student population who could also be speakers of Malayalam, Tamil, Hindi or any other Indian or foreign languages. This linguistic diversity of the belt does not translate into developing schools that offer all of these languages as mediums of instruction. A handful of schools who do offer a few alternatives such as Tulu medium schools and Urdu medium schools are slowly shutting down due to poor numbers of enrolment. So, a speaker of Tulu language, has the choice to learn Kannada as second or third language if they are attending an English Medium school or learn English as second language if they are attending a Kannada medium school. At the end of ten plus years of schooling, it is assumed that she would have working knowledge in at least three languages i.e. Tulu, Kannada and English. And if she has learned Hindi as a part of her school curriculum, we can take that count to four. I use working knowledge deliberately because a working knowledge does not translate to proficiency.

In India, when it comes to describing proficiency in a language, there is no real scale to measure fluency. Our skills levels are determined by basic greetings in the language to having the ability to speak and write. Under the Common European Framework of Reference for Languages (CEFR) for instance, European languages are graded across six levels (A1 to C2) which groups users into basic, independent and proficient. In 1976, a “threshold level” was identified for English which meant that anyone at B1 level could conduct a basic conversation or discussion in the language. In the absence of such a uniform scale in India, there is no data on actual language learning levels. An English language teacher at a Kannada medium school, for instance, should ideally have advanced levels of fluency in both languages. But it’s usually not the case.

There is also a lot of emphasis on developing the multilingual character of the nation. As a step towards ensuring this vision, the draft NEP 2019 recommends that students should learn at least three languages such that they demonstrate proficiency in all of them, “preferably one language at the literature level”. It also discusses the necessity of adopting diverse language learning strategies across various stages. “During the foundational stage, languages will be taught in a fun and interactive style... and it could move on to more sophisticated reading....” While these methods are indeed important, there is no clear idea on what would comprise as ‘fun learning’ or would be defined as ‘sophisticated’ abilities. It has also recommended the restructuring of the 10+2 school education model to 5+3+3+4 wherein 5 would represent the first five years of learning (2 years of preschool and Grades 1, 2 and 3) that would be the foundational stage. Such demarcations can be useful if students are also assessed as per their learning outcomes.

As far as language classrooms are concerned, teachers across most schools still follow outdated grammar teaching methods despite several policy interventions. Phonetics is largely ignored with respect to languages such as English where sound and script rarely correspond with each other. Teachers are also not advanced bilinguals who can use both languages in classroom simultaneously. This is when a large number of vernacular medium schools are being converted to English medium schools.

The absence of assessment levels in English or for any native language for that matter have also severely impacted the learning crisis in India. Year after year, studies have pointed out that students who clear Grade 3 examinations are struggling to read Grade 1 level of textbooks.

Can a student be classified as an advanced plurilingual with CALP levels of proficiency in Kannada, English, Hindi and Tulu? Should the fluency only rest on basic communications skills or must we consider advanced reading and writing skills as essential components to learning a language? These questions are important even when we wax eloquent about the cognitive advantages of being a multilingual. To explain this further: I did a basic assessment of my linguistic abilities. As a native Malayalam speaker, I can speak fluent Malayalam. In addition to Malayalam being my mother-tongue, it was also my second language in school and college. Though all of this could be considered as advanced learning levels, I have struggled to write academic Malayalam. As of now, my communication skills in Malayalam gives me a rough ability to prepare a public speech and read novels. The state of my Hindi is comparatively worse. While I did learn Hindi as third language in school and was exposed to copious amounts of Bollywood, I was ridiculed for my accent and grammar when I reached Delhi. My Hindi speaking skills have improved since then but I am in no position to read newspapers or official documents in Hindi. To sum up, my rudimentary learning of Hindi at school did not lead to an advanced knowledge of the language or its literature.

As a nation, multilingualism is indeed our reality. While it is certainly a nod to our linguistic diversity, we must start working towards straightening the pedagogic obstacles that students face in schools. In 1968, the three language was formulated taking cue from multilingual countries such as Netherlands and Switzerland. It was also designed in response to the demands from the south who did not want Hindi as the official language. In other words, the three-language formula was an ambitious attempt at satisfying the collective linguistic interests of a nation. It was imagined as a solution to a complex linguistic problem, but it was hoping for exposure to languages at the school level as being the bare minimum cut-off to language acquisition, which is mostly not the case.

The draft NEP has insisted on continuing the three-language formula with the caveat that it should be flexible and that it should be implemented in its ‘spirit’ throughout the country. There is no clarity on how to achieve this or on what we mean by proficiency in three or more languages. In such a scenario, it is important that we create a functional Mother-tongue based bilingual model that would equip students to critically use their home language as well as English. The learning of a third language can be optional and reserved for students who wish to learn an additional language at school.

The draft NEP also recommends learning science bilingually at school citing the importance of thinking in two languages. It has also underlined the importance of enabling students “to think about scientific concepts in more than one way and to enable future scientists to talk about their work and about science to their families.” This investment towards designing a bilingual approach for science or any subject for that matter should be the crux of our language education policy. While it is indeed compelling to watch our children switch tongues effortlessly as they move from homes to neighbourhoods, but is that the multilingual that we are looking for?

(Deepti Sreeram is a research associate with the CLIL@India project which is currently piloting a bilingual model of education for schools in Karnataka, Punjab, Pondicherry and Maharashtra.)