The Nepalese Armed Police Force (NAPF) returned the body of 27-year-old Bikesh Kumar Rai, who was shot dead by the force during the altercation. 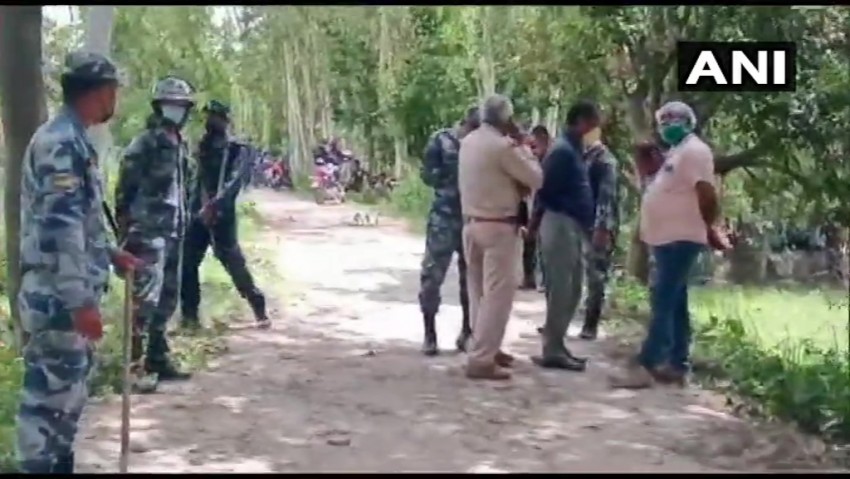 Nepal's border guarding force on Saturday released the Indian national who was detained for allegedly trying to snatch a weapon from one of their personnel during an altercation which sparked tension on the Indo-Nepal border along Bihar's Sitamarhi district, an official said.

The Nepalese Armed Police Force (NAPF) also returned the body of 27-year-old Bikesh Kumar Rai, who was shot dead by the force during the altercation.

The NAPF on Friday opened fire on a crowd killing Rai and injuring two others and detained 45-year-old Lagan Yadav after the incident along the southern border.

The NAPF released Yadav and handed him over to the Indian Security Forces at the no man’s land at the Nayanapur Border Point, My Republica newspaper reported.

“We have released the Indian national who was arrested and the dead body has also been handed over,” Nepal’s Chief District Officer Mohan Bahadur was quoted as saying in the report.

The local government, the Nepali security personnel and the Indian security forces reached an agreement on Saturday morning, it said.

Earlier, security personnel of Nepal and India stepped up security along the border and spent the night at the incident site. Several locals and representatives of the government were also present, the report said.

Giving details about the incident at Sitamarhi district, 134 kms from Patna, Kumar Rajesh Chandra, Director General of Sashastra Seema Bal (SSB), a force looking after the 1,751 km India-Nepal frontier, said in New Delhi on Friday that the incident took place around 8:40 AM "deep inside Nepalese territory".

According to Indian officials, as per preliminary reports obtained from locals, there were protests after the APF troops objected to the presence of Indians in their area in violation of the lockdown due to the coronavirus pandemic. Nepal has announced a lockdown in the area till June 14.

The bordering districts on both sides of the border maintain contacts and in the absence of any fence, people move around to meet their family members, they said.

The objection raised by the APF resulted in a heated argument and it is alleged that the Indian people called other villagers and indulged in stone pelting on the Nepalese APF at Narayanpur area of Parsa Rural Municipality in Sarlahi district in southern Nepal.

APF Additional Inspector General of Police Narayan Babu Thapa told PTI in Kathmandu that "they even snatched weapons from one of our security men. After firing ten rounds of bullets in the air, our personnel had to open fire for self-defence in which one person was killed and two others were injured”.

The incident occurred some 75 metres inside the Nepalese territory from the no-man's land, he added.

The incident took place in the midst of a raging boundary row between the two countries, with India sternly asking Nepal not to resort to any "artificial enlargement" of territorial claims after Kathmandu released a new political map laying claim over Lipulekh, Kalapani and Limpiyadhura.

New Delhi maintains that these are part of India's Uttarakhand State while Kathmandu, in its recent map, had shown them as part of Western Nepal.

India had published its new map of the border region in November, after it divided Jammu and Kashmir and Ladakh into two union territories. The map had incorporated these areas of Uttarakhand, the territories disputed with Nepal, within India's borders. PTI CPS AKJ CPS