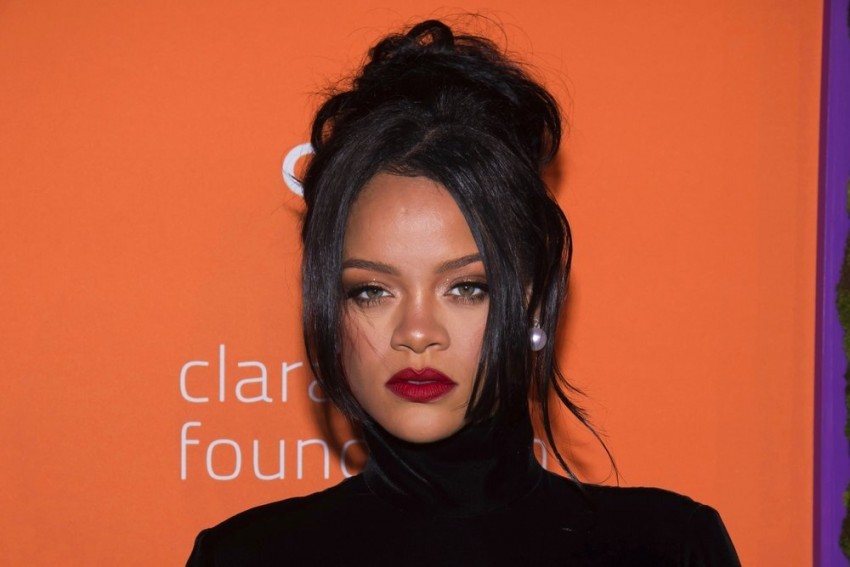 Days after facing a backlash by many for her tweet about the ongoing farmers' protests, pop icon Rihanna has stirred another controversy after sharing a topless picture wearing a Lord Ganesha pendant.

The picture has been shared by the actor on her Twitter account and is being criticised by many people, including BJP leader Ram Kadam. Netizens are accusing the pop icon of hurting Hindu sentiments and insulting Hindu gods.

when @PopcaanMusic said “me nuh wan ya wear no lingerie tonight fa me girl” @SavageXFenty pic.twitter.com/bnrtCZT7FB

It's appalling to see how @Rihanna shamefully mocks our beloved Hindu God #Ganesha. This exposes how #Rihanna has no idea or respect for Indian culture, tradition and our issues here. Hopefully, at least now @RahulGandhi and other Congress leaders will stop taking help from her https://t.co/7zUpnO05GL

Many other Twitterattis also expressed shock.

I am a Muslim but as an Indian and Maharashtrian I love Lord Ganesha ji - sorry this misuse of Ganesha ji image hurts my feelings & sentiments - will Rihanna Backers in India accept this also? #GaneshaInsulted pic.twitter.com/ueHOS9UMZF