The former Mayor of London and former Foreign Secretary, 55, has earlier referred to himself as the son-in-law of India. 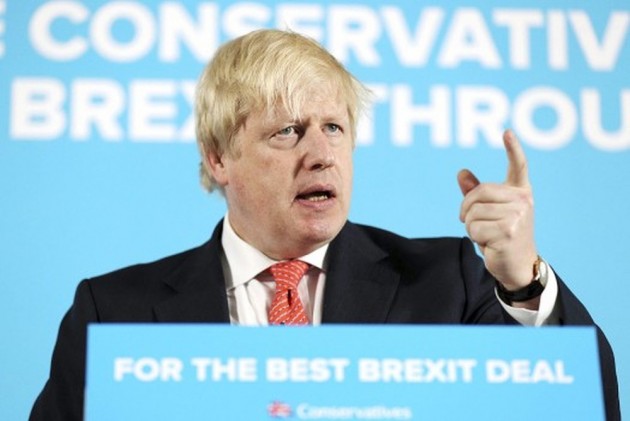 Set to be the new British Prime Minister, Boris Johnson has a close India connection. His estranged wife Marina Wheeler, whom he married in 1993, is half Indian.

Wheeler is the niece of late editor and writer Khushwant Singh.

Before they announced their separation last year after 25 years of marriage, Johnson had travelled several times to India with Marina. They have four children together.

Johnson, who won the race within the Conservative Party to become the country's next Prime Minister, is expected to rely on his declared personal connect with Prime Minister Narendra Modi to deliver a "truly special" UK-India relationship.

In his letter to the Indian diaspora Tory membership base, Johnson wrote that, during his meeting with Modi, he had stressed upon how India and UK were modern democracies and should work together to promote trade and prosperity. Johnson told Modi that the two nations should work closely to tackle the challenges that their countries face.

The former Mayor of London and former Foreign Secretary, 55, has earlier referred to himself as the son-in-law of India.

In a column for The Tribune, veteran journalist and Khuswant Singh's son Rahul Singh writes that Johnson visited the Ranthambore tiger reserve along with Marina and three of their children last year. During a family get-together, Rahul Singh got to meet Johnson.

"Though I had met him once before in Mumbai some years earlier, this was the first time I got a chance to talk to him one-to-one, at some length. I was surprised that he knew so much about India and its politics. Should he become Britain's next PM, I think those Indian insights, thanks mainly due to his 25-years of marriage to Marina, however rocky it may have been, and personal visits to this country, should augur well for better Indo-British ties."

However, Johnson is known to have made several gaffes, including some related to India.

When he was Foreign Secretary, Johnson was berated at a Sikh gurdwara for talking about whiskey exports to India - despite alcohol being forbidden in the Sikh faith.

With a saffron turban on his head, Johnson said in the Bristol gurdwara in 2017: "Whenever we go to India, to Mumbai or to Delhi, we have to bring 'clinkie' in our baggage.

"We have to bring Johnnie Walker, we have to bring whiskey because as you may know there is duty of 150 per cent in India on imports of Scotch whiskey, so we have to bring it in duty free for our relatives. But imagine what we could do if there was a free trade deal with India - which there will be."

A woman devotee reportedly angrily told Johnson: "How dare you talk about alcohol in a Sikh temple."

In November 2014, as London mayor, Johnson suggested that countries that "haven't had the benefit of British rule" are now "less fortunate" - during a discussion on Winston Churchill.

Johnson explained how he felt that Churchill would have been "very proud" at the "continuing legacy of Britain" in former colonies around the world.

"He would have been very proud of the continuing legacy of Britain in those places around the world, and particularly I think he would have been amazed at India, the world's largest democracy, and a stark contrast with other less fortunate places that haven't had the benefit of British rule, if I can say this on the record.... why not? It's true, it's true," he said.