The coins, in denomination of Rs 1, Rs 2, Rs 5, Rs 10 and Rs 20, were released at a function at his residence here where blind children were invited. 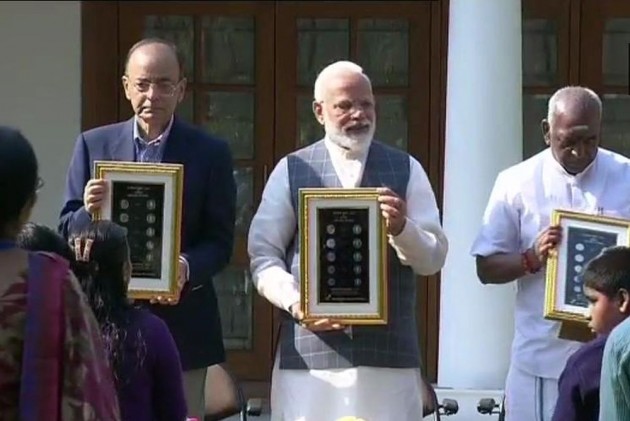 A new series of visually impaired-friendly coins were released by Prime Minister Narendra Modi at his residence on Thursday.

The coins, in denomination of Rs 1, Rs 2, Rs 5, Rs 10 and Rs 20, were released at a function at his residence here where blind children were invited.

Addressing the gathering, Modi said the "new circulation coins" with various differentiating features will greatly aid the visually impaired and that the government was sensitive to make every initiative "Divyang friendly".

An official release said that various new features had been incorporated in the new series of circulation coins to make them more easy for the blind.

The size and weight of the coins increases from lower to higher denominations. The newly included coin of Rs 20 is 12-sided. The rest of the coins are round in shape.