Before taking to the dais, PM Modi shook hands with scientists and lauded their efforts. The prime minister was speaking in the backdrop of Chandrayaan-2 lander Vikram losing communication with ground stations. 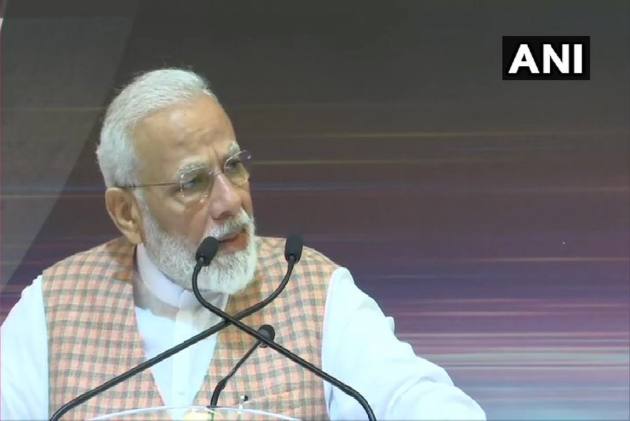 Prime Minister Narendra Modi on Saturday addressed the nation and gave the all-important morale booster to the team of Indian Space Research Organisation (ISRO) scientists, saying he stood by them and so did the nation.

Before taking to the dais, PM Modi shook hands with scientists and lauded their efforts. The prime minister was speaking in the backdrop of Chandrayaan-2 lander Vikram losing communication with ground stations.

"I can understand the sadness that I see on your face," PM Modi said, adding "I have lived the moment with you when communication with spacecraft was lost; our courage has only become stronger."

He added: "Our determination to touch moon has become even stronger, we came very close but we need to cover more grounds."

The learnings from today, PM Modi said, will make ISRO and India stronger and better in future. "There will be a new dawn and a brighter tomorrow soon."

"When ISRO has its encyclopedia of success, some hurdles cannot put its flight out of trajectory," he said.

"We don't have to look back. We have to move forward and not stop till we reach our destinations," PM Modi said. "I wish you all the best for all the upcoming missions."

Before leaving the ISRO centre, the prime minister hugged chairman Dr K. Sivan and consoled him.

India was moments away from creating history by becoming the first nation to land on the Moon’s south pole but around 1:55 am, signals were lost.

Prime Minister Narendra Modi, who was watching the landing from ISRO’s control room, was briefed by ISRO chief and was seen leaving.

Addressing the scientists after the link was snapped, Prime Minister Narendra Modi said, "Nation is proud of you, be courageous."