Bhupinder Singh Mann is the national president of Bharatiya Kisan Union (BKU) which is one of the major organisations spearheading protests against the farm laws. 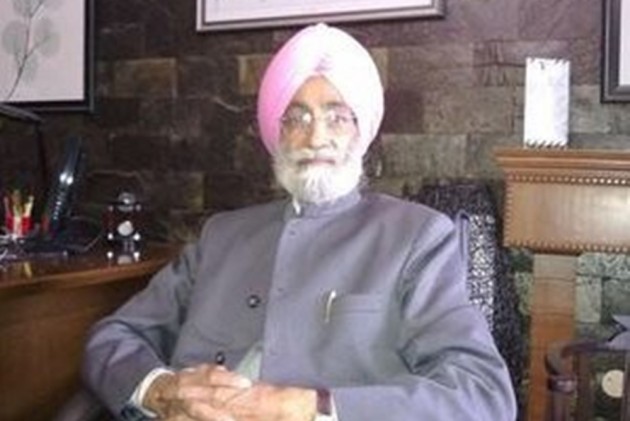 Bhupinder Singh Mann on Thursday recused himself from the four-member committee appointed by the Supreme Court of India to resolve the ongoing farmers' protest against the new farm laws.

Mann, a former Rajya Sabha MP, is the national president of Bharatiya Kisan Union (BKU) and Chairman of the All India Kisan Coordination Committee. The BKU is one of the major organisations spearheading the protests against the farm laws.

"While I am thankful to Supreme Court for nominating me in the 4 members committee to start a dialogue with Kisan Unions on the three laws brought in by the Central government. As a farmer myself and a Union leader, in view of the prevailing sentiments and apprehensions amongst the farm unions and the public in general, I am ready to sacrifice any position offered or given to me so as to not compromise the interests of Punjab and farmers of the country, I am recusing myself from the committee and I will always stand with my farmers and Punjab," he said in a statement.

Mann's announcement came on a day when his organisation’s Punjab unit decided to disassociate itself from him.

Farmer unions and opposition parties too had raised doubts over the composition of the panel, insisting that its members have been in favour of the three laws in the past.

Mann said he is thankful to the apex court for nominating him to the panel but would give up any position to prevent farmers' interests from being compromised.

“As a farmer myself and a union leader, in view of the prevailing sentiments and apprehensions amongst the farm unions and the public in general, I am ready to sacrifice any position offered or given to me so as to not compromise the interests of Punjab and farmers of the country,” he said in a statement here.

“I am recusing myself from the committee and I will always stand with my farmers and Punjab,” said Mann who was also an ex-MP.

The apex court had on Tuesday stayed the implementation of the three central laws till further orders and announced the formation of a committee to hear the grievances of the farmers and the opinion of the government.

BKU (Punjab) president Baldev Singh Mianpur claimed that Mann might have decided to change his stand after he got a whiff of their meeting.

“We decided to disassociate ourselves from Mann as he did not consult with us to work as a committee member,” Mianpur said.

“We thought that farmers were fighting for their rights and they were against any committee and then what was the point in being part of the panel,” he said, adding that the decision to disassociate itself from Mann was taken in a meeting held at Khanna.

He said the BKU does not recognise the SC-appointed committee and they are with other farm bodies seeking a repeal of the new farm laws.

Mann, 81, is also the chairman of the All-India Kisan Coordination Committee. He remained a Rajya Sabha MP from 1990-96. He had supported the Congress in 2012 and 2017 Punjab assembly polls.

The four-member committee has further eroded the trust between farmer unions and the government, Bajwa said, adding that all four members have publicly written in support of the farm laws.

“It is my hope that the other three members of the committee also recuse themselves. It is an unfortunate situation to be placed into, but given their very public support of these farm laws makes their position untenable. It is impossible for the farmers to trust in the impartiality of a committee whose members have vociferously supported the farming laws,” Bajwa said in a statement.

While welcoming the stay on the implementation of the new laws, farmer unions had said they would not appear before the group. Their leaders had claimed that the members of the committee are "pro-government".

The Supreme Court, however, expected them to participate.

“The representatives of all the farmers' bodies, whether they are holding a protest or not and whether they support or oppose the laws shall participate in the deliberations of the committee and put forth their viewpoints,” it had said.

The committee was asked to submit its report to the Supreme Court within two months of its first sitting, which is to take place within 10 days.

Farmers who have been camping at the Delhi borders for several weeks are demanding a repeal of the farm laws and a legal guarantee to the minimum support price for crops.