Uttar Pradesh Polls Should Be Held On Time With Covid-19 Protocol: Election Commission 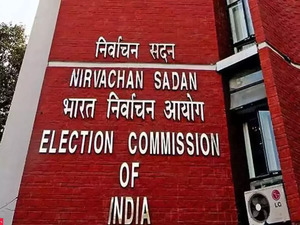 The Election Commission said on Thursday that all political parties in Uttar Pradesh have agreed to conduct the upcoming Assembly elections on time while ensuring Covid protocol, clearing all the doubts regarding whether the polls will be held amid a spike in new infections across the country.

Chief Election Commissioner Sushil Chandra told the media today that all parties, including the ruling BJP, prime opposition  Samajwadi Party, the Congress and Bahujan Samaj Party, alongside others have unanimously said that the elections must be held.

"We have heard the concerns of all parties. Representatives of all political parties said elections should be held on time by following Covid protocol. All parties have raised the issue of rallies being held in violation of Covid protocols and asked for restrictions to be put in place," he said.

"We have taken cognizance of all points raised by the political parties and we will conduct an inclusive election in which no voter will be left behind," Mr Chandra added.

The parties also proposed several suggestions to ensure special protection for the vulnerable group from the threat of infection.

The decision was announced after an Election Commission team led by Mr Chandra visited the country's most populous and politically significant after the Allahabad High Court made a request to postpone the polls amid a spike in cases driven by the new Omicron strain.