Police have listed 100 other unnamed people in the Kapurthala lynching case. Amongst them 25 to 30 of them were armed during the incident 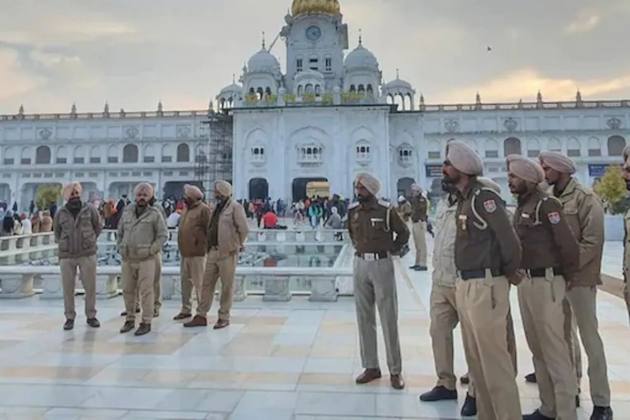 The Punjab Police on Friday arrested the caretaker of a Kapurthala gurdwara for the lynching of a man and he has been charged with murder, a senior official said on Friday.

The incident had taken place at Nizampur village in Kapurthala on Sunday, a day after a similar case at the Golden Temple in Amritsar, where a man was lynched over an alleged sacrilege bid.

Earlier on Friday, Chief Minister Charanjit Singh Channi told reporters in Chandigarh that the government was mulling over registering a murder case as no evidence was found backing the desecration charge.

"We did not find any sacrilege attempt or any evidence to back it. One person ran the gurdwara. This thing has moved to murder and inquiry is on," Channi had said, adding that the FIR will be amended.

Jalandhar Range Inspector General of Police Gurinder Singh Dhillon told PTI over the phone that Amarjit Singh has been arrested for murder.

"There is no visible sign of sacrilege till now," said Dhillon.

"We have modified the already registered FIR in the incident and added offences of Sections 302 (murder) and 307 (attempt to murder), and arrested main accused Amarjit Singh for murder," he said.

Police have registered a case against around 100 people, of which 25 to 30 were armed, he said.

"There is videography and there are photographs (of the day of the incident). Since an SHO was present (police had reached the gurdwara when the victim was being beaten up), he will be able to identify them during investigation and due course of law will follow," said Dhillon.

Asked if there was any update on the victim's identity, he said a medical board has taken samples for DNA testing.

As far as physical identification is concerned, based on videography and photography, so far it has not been possible, the police officer added.

About 30 injuries, mostly sharp cuts likely to have been inflicted by swords, were found on the man's body, according to the post-mortem report.

A case under Section 295 A (acts intended to outrage religious feelings) had been registered on the complaint of the gurdwara manager, who had claimed that he saw the man trying to disrespect the 'Nishan Sahib' (religious flag).