United Sikhs, A UN-affiliated NGO is providing financial and medical aid to the families who fled to India after the attack on Guru Har Rai Sahib Gurudwara in Kabul. 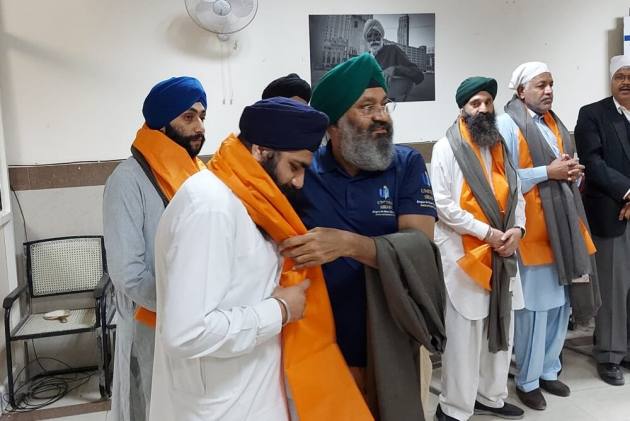 Marking the first anniversary of the attack on a gurudwara in Afghanistan that killed 25 Afghan Sikhs, United Sikhs, a United Nations-affiliated NGO on Monday paid tributes to those who died in the attack and honoured their surviving families.

The Guru Har Rai Sahib Gurudwara in Kabul was attacked on March 25 last year. The terror attack in which the gunmen opened fire, left 25 people dead.

After the attack, many Sikh families fled to India and are now struggling to make ends meet.

India has shown support, however, the process to rehabilitate the families is taking time. Meanwhile, United Sikhs has been providing financial and medical assistance to the distressed families who had fled to India.

The NGO is providing a sum of Rs 15,000 per month to the families who are now residing in Delhi.

Parvinder Singh Nanda, director, United Sikhs said they had been working hard to support these families, as it was difficult for them to sustain themselves on their own. “To even get medical treatment, they require mo­ney and some ID proof. We have helped them get passports and also provided them free medical assistance through the Delhi government. The next step is to seek assi­stance from the United Nations High Commissioner for refugees, the process for which is under way,” he added.

Chaibul Singh, 25, was in Ghazni in Afghanistan on March 25, last year when he got a call from a family member informing him about the attack on gurudwara. Chaibul’s childhood friend and his uncle were among killed.

In September 2020, Chaibul came to India on an emergency flight with eight other family members. They are yet to be officially classified as refugees or citizens of India. They have no Aadhaar cards, which makes it difficult for them to find a job.

“That one incident changed our lives. While we had shops and homes there, we had to leave everything behind. Now, I work here for Rs 8000 and my younger brother does a menial job earning Rs 7000 a month. Lack of documentation and difficulty in speaking Hindi also works against us. We used to speak Pashto or Punjabi in Afghanistan. People find it difficult to understand my Punjabi dialect here," added Chaibul.

Chaibul has been receiving aid from United Sikhs.

39-year-old Surbeer Singh of Ghajini, Afghanistan, who was a widely-respected religious leader in Afghanistan, also fled to India. He says, “The Indian government has helped us to a large extent. They brought us to the country through emergency flights. I know of at least 87 families who came to India, along with mine. We don’t need Aadhaar cards.”

Recalling the attack Singh says, “I cannot get out of my mind the image of the three-year-old girl who was killed in the massacre. There were children, elderly people and women in the Gurdwara that day. The attack left people in shock. While we never feared anything earlier, this incident changed that and we started looking at other options.”