NHRC Issues Notice To Centre, Bihar And UP Govt Over Bodies Found Floating In Ganga

The National Human Rights Commission of India (NHRC) has demanded for an action-taken report in 4 weeks. 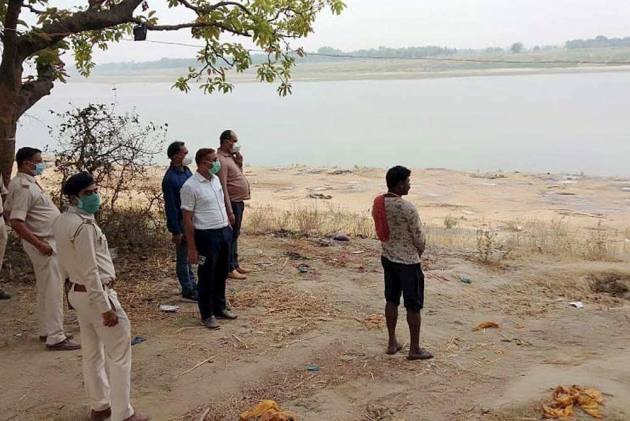 The National Human Rights Commission of India (NHRC) on Thursday issued a notice to the Centre, Uttar Pradesh and Bihar government over the dead bodies found floating in Ganga.

The human rights body has demanded for an action-taken report in 4 weeks.

As many as 52 bodies were found floating in Ganga in the Ballia district of Uttar Pradesh.

Uttar Pradesh: Corpses Found Floating In Ganga For Second Day In A Row

According to Ballia residents, at least 45 bodies were seen floating near the Ujiyar, Kulhadia and Bharauli ghats in the Narahi area on Tuesday evening.

The Centre on Tuesday asked states along the Ganga to ensure strict vigilance and check future incidences of people dumping bodies in the river and its tributaries.

In a letter to District Ganga Committees which are chaired by district magistrates or collectors, the National Mission for Clean Ganga -- the apex body that monitors rejuvenation of the river and its tributaries -- also asked the authorities to dispose unidentified bodies of suspected COVID-19 victims in accordance with safety protocols.

"Ensure strict vigilance along length of the river within territorial jurisdiction of the district to prevent and check such future incidences of people dumping dead bodies in Ganga and its tributaries and of any other activity hazardous for river Ganga and health and hygiene of the area," NMCG Director General Rajiv Ranjan Mishra said in the letter to the chairpersons of the committees.