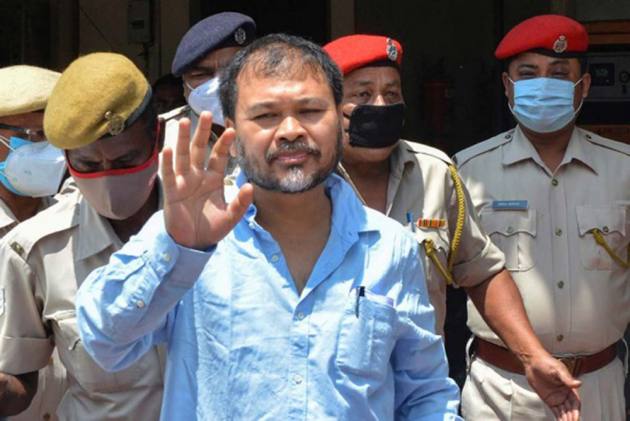 An NIA court in Guwahati on Tuesday acquitted RTI activist and MLA Akhil Gogoi in one of the two cases registered against him in connection with violence during anti-CAA protests in 2019.

The court found materials presented not adequate to attribute any act of terrorism to Gogoi or frame charges against him under UAPA. “I come to the considered finding that there is no justification to frame charges against A-1 Sri Akhil Gogoi under the charge sheeted penal provisions of IPC or other penal sections and that he is liable to be discharged,” a special NIA judge said. The court also discharged two others-- Jagjit Gohain and Bhupen Gogoi, who were charged in connection with the case.

Jailed And Ailing, Peasant Leader Akhil Gogoi Takes On BJP Might And Wins In Ahom Heartland

Gogoi was granted bail in the Chabua case in April. He was accused of leading a crowd of about 6,000 people during an anti-CAA protest on December 9, 2019, which according to officials had led to an “economic blockade” and was marked by “throwing of stones” during which the officer-in-charge of Chabua police station was “grievously” injured. The mob was accused of having tried to “murder police personnel on duty”. The case was taken over by the NIA on April 9, 2020.

Gogoi was elected from the Sivasagar seat in the recent Assembly elections, which he contested from jail, the first candidate to do so in Assam.