The Pulwama attack case was solved by the NIA after piecing together the electronic evidence and statements of terrorists and their sympathisers arrested in different cases, an official said. 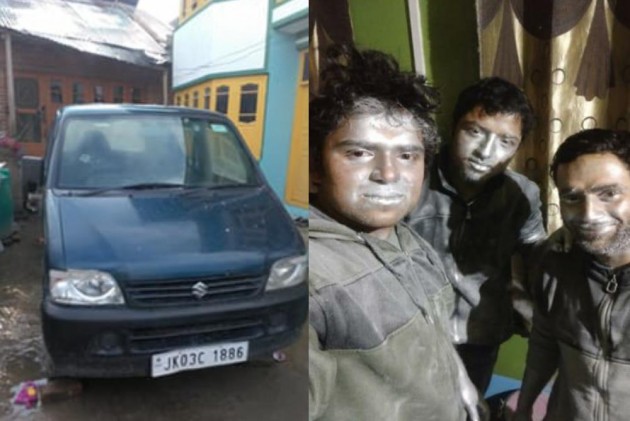 Wrapping up the probe into a fatal terror attack that left 40 CRPF personnel dead in South Kashmir last year, the National Investigation Agency (NIA) on Tuesday filed a chargesheet in a special court in Jammu against 19 people including Masood Azhar, the chief of banned terror group Jaish-e-Mohammed, for planning the suicide operation.

Leading the investigation into the "blind case", as seven accused wanted in it were killed during different encounters in 2019, a team led by joint director of the NIA Anil Shukla gathered evidences and statements of terrorists and their sympathisers arrested in different cases in order to expose the conspiracy hatched for executing the audacious attack on the para-military convoy, officials said.

The 13,500-page chargesheet names Masood Azhar, his brothers -- Abdul Rauf and Ammar Alvi -- and his nephew Mohammed Umer Farooq, who had infiltrated into India in 2018 and was subsequently killed in one of the encounters in South Kashmir.

According to security forces, Farooq had entered India in late 2018 using the natural caves at the Sambha sector in Jammu region along the international border.

The chargesheet says suicide bomber Adil Ahmed Dar was driving the car laden with 200 kg of explosives and had prepared his last video at Shakir Bashir's residence in Pulwama on a high-tech phone brought by Bilal Ahmed Kuchey.

While Dar is now dead, both Bashir and Kuchey have been arrested.

The explosive-laden car, which was driven by Bashir initially before he handed it over to Dar, was rammed into a bus carrying CRPF personnel from Jammu to Srinagar at Lethpora in Pulwama district of South Kashmir on February 14, 2019.

From virtually a case that reached a "dead end" as the five people known to the agency earlier this year either as conspirators or executors of the attack were eliminated in various encounters, the case threw unique challenges for the NIA as there was no solid information about the perpetrators or the mastermind behind the attack.

"It was a blind case for us. There were a lot of murmurs but everything needs to be established beyond doubt in the court of law," a senior official, who is part of the probe, said.

The first challenge was to establish the ownership of the car used by Dar, the suicide bomber. There was nothing available from the vehicle which carried a cocktail of explosives like Ammonium Nitrate, Nitro Glycerine and RDX, the official said.

But with the help of forensic methods and painstaking investigations, the serial number of the car that was blown into pieces beyond recognition was extracted and within no time the ownership of the vehicle was established -- from the first to the last owner.

However, the last owner of the car, Sajjad Bhat (named in the chargesheet) of Bijbehara in Anantnag district, had disappeared hours before the February 14 attack and joined Jaish-e-Mohammed. He was subsequently killed in an encounter in June last year.

"While it was clear that the suicide attacker was Adil Ahmed Dar but the same had to be established with evidence. After picking up human remains from various spots, they were sent for DNA profiling," the official, who requested anonymity, said.

"The suicide attacker was identified and confirmed by matching the DNA extracted from the meagre car fragments with that of the DNA of his father," he said.

The role of other conspirators which included Mudasir Ahmed Khan, Qari Mufti Yasser and Kamran came to light but all of them were killed in different encounters with security forces.

Khan was killed on March 10, Kamran on March 29, Sajjad Bhat on June 18 of last year while Qari Yasser was shot in an encounter on January 25 this year.

After JeM spokesperson Mohd Hassan in a video claimed that his group was responsible for the attack, it was sent for forensic examination and the Internet Protocol address was traced to a computer based in Pakistan.

The official said during the investigation, the NIA stumbled upon another case of over ground workers of JeM which was subsequently busted.

This case also brings to light the use of e-commerce platforms by the planners in the terror module for purchase of high-end batteries, phones and some chemicals.

As many as seven people have been arrested so far by the NIA in this case, the officials said.

Besides Azhar, those charge sheeted include six terrorists who were killed in various encounters and four absconders, two of whom are still hiding in Jammu and Kashmir -- one of them a local and the other a Pakistani national.