The searches were conducted based on the warrants issued by Ernakulam's special NIA court. 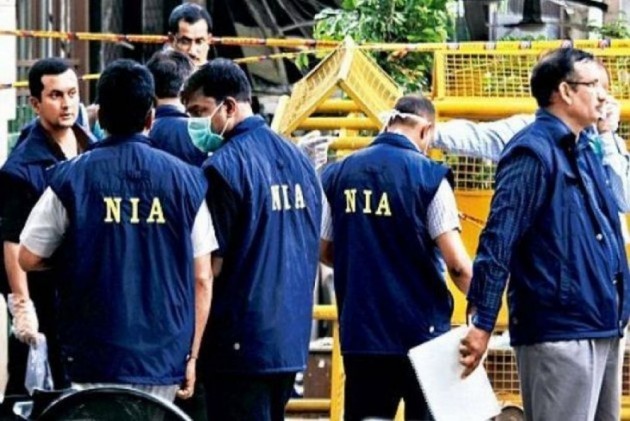 The National Investigation Agency (NIA) on Saturday conducted searches at Thanjavur and Tiruchirapalli districts in connection with a Tamil Nadu-Kerala ISIS module case.

An NIA spokesperson in Delhi said that the anti-terror probe agency carried out searches at two locations, one each in Thanjavur district and Tiruchirapalli city of Tamil Nadu based on warrants issued by NIA Special Court (Ernakulam).

The official said that during searches at the houses of two associates of the arrested accused persons, namely Alavudeen, a resident of Thanjavur and S. Sarfudeen resident of Tiruchirapalli.

The agency seized several documents including two laptops, six mobile phones, eleven SIM cards, one pen drive, one hard disc, one memory card, five CDs/ DVDs, one axe besides from their premises, which will be submitted to the NIA Special Court.

The digital devices will be sent for the forensic examination.

"The suspects are being examined to ascertain their association with the arrested accused persons besides their involvement in any unlawful activity, intended at furthering the objectives of ISIS/ Daish," the spokesperson added.

The NIA has registered the case taking suo-motu on May 30 this year against six accused persons from Coimbatore, based on the information that the accused persons and their associates have been propagating the ideology of the proscribed terrorist organization ISIS/ Daish on social media with the intention of recruiting vulnerable youth into the ISIS/ Daish and carrying out terrorist attacks in Kerala and Tamil Nadu.

The official said that it was learnt that some of the accused persons and their associates were following the Sri Lankan ISIS/ Daish leader Zahran Hashim and his associates, over social media, with the intention of furthering the objectives of the ISIS/ Daish in India.

Earlier, the NIA has carried out searches on June 12, at the houses of six accused persons in Coimbatore and based on the incriminating facts revealed, two accused Mohammed Azarudheen and Shiek Hidayathulla were arrested.

According to NIA officials, Azarudeen, the alleged head of the IS Tamil Nadu module was a Facebook friend of Zahran Hashim, one of the suicide bombers in the Easter Sunday terror attacks in Sri Lanka in April this year.