Order On Shutdown Of Nine Airports In North India Withdrawn

The order to shut down airports at Srinagar, Jammu, Leh, Pathankot, Amritsar, Shimla, Kangra, Kullu Manali, Pithoragarh was issued earlier during the day amid escalation of tension between India and Pakistan. 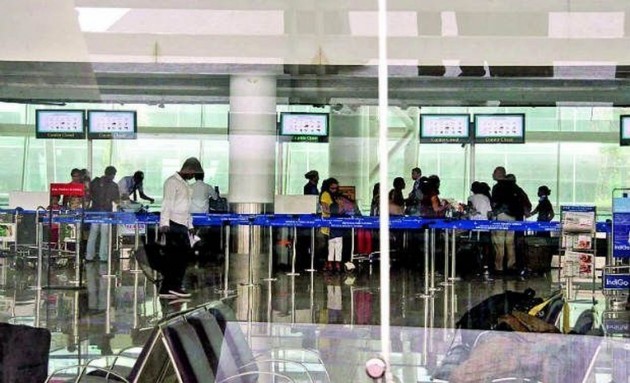 The order to shut down nine airports, including the ones in Srinagar and Jammu, has been withdrawn, news agency PTI quoted DGCA as saying.

The order to shut down airports at Srinagar, Jammu, Leh, Pathankot, Amritsar, Shimla, Kangra, Kullu Manali, Pithoragarh was issue earlier during the day amid escalation of tension between India and Pakistan after the IAF carried out strikes on terror bases in Pakistan.

In Srinagar, an official of the Airports Authority of India told PTI, "The civilian air traffic has been suspended temporarily in view of the emergency".

While the official did not specify the nature of the emergency, it is believed the step was taken in view of an IAF jet crashing in Budgam district this morning.

Officials said they received instructions from air traffic controllers that the airports have been shut for civilian flights.

Some of the flights en route to Jammu, Leh and Srinagar airports have been diverted to their origin stations, they added.

Airports at Chandigarh, Pathankot, Halwara are Bathinda have been put on high alert.

Vistara Airlines said in a tweet, "Due to airspace restrictions flights to and from Amritsar, Srinagar and Jammu are currently on hold. Chandigarh is now open again for flights".

Jet Airways said that in "line with the instructions received from Delhi ATC regarding airport closure Jet Airways flight operations to and from Amritsar, Jammu, Srinagar and Leh have been suspended until further notice".

Deputy Commissioners and SSPs of border areas have been asked to put in place all contingency plans to ensure protection and safety of citizens, officials said.