Legal experts say that even if the lower court fixes a date for hanging, the convicts cannot be executed until the Supreme Court concludes the hearing on the questions of separate hanging. 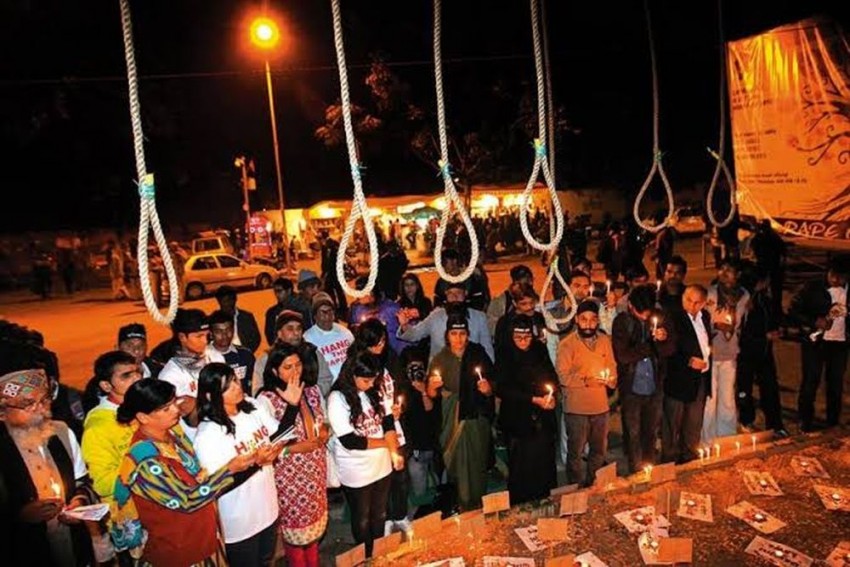 The Supreme Court is examining the issue of the separate hanging of the four death convicts of the Nirbhaya gang-rape and murder case. It has postponed the matter for February 14 giving an opportunity to the convicts to file their responses on the question, "Why they should not be hanged separately?"

Meanwhile, at 3 PM on February 13, the lower court will sit to fix a date for the execution of the four convicts.

If the issue prolongs in the top court as it looks like considering the question of law involved, how will the lower court fix a date to hang them?

Nirbhaya Case: How Centre’s Move To Seek Separate Hanging Of Convicts May Delay It Further

This situation has arisen due to the top court's order on February 11. While hearing a petition of the Centre, which demanded separate hanging of all the four convicts, the top court asked the convicts to file their replies. At the same time, the court allowed the Centre to approach the lower court for the issuance of a date for their execution.

“It is a self-contradictory order,” Singh said.

Legal experts also agree that even if the lower court fixes a date for their hanging, they cannot be executed until the Supreme Court concludes the hearing on the questions of separate hanging because these convicts are contesting parties there.

“Issuing a death warrant is meaningless if the matter remains pending in the Supreme Court. In such a scenario, the executing court can only fix a tentative date?” Vikas Singh, a senior SC lawyer, says.

KTS Tulsi, a criminal lawyer, says, “The session court can issue a conditional death warrant only which will be subject to the final decision of the SC.”

The Delhi Jail Manual forbids separate hanging of more than one death convict of the same crime. This is due to a case that had come up in the top court in the late 1970s. In this case, the top court passed contradictory orders which led to the execution of one of the three convicts while others’ death sentences were commuted to life.

In the Nirbhaya case, the session court had issued two death warrants for the execution on January 22 and February 1, respectively. However, they couldn’t be complied with due to legal remedies available to one or more than one convicts.

Agitated over the delay, the Centre moved the Delhi High Court and demanded an order to hang them separately based on the status of their legal remedies. The Centre argued that those convicts, who have exhausted their legal option,s should be hanged. When the High Court didn’t allow it, the Centre approached the apex court.