While Singh said that he had filed a fresh mercy petition before the President of India, Gupta said his curative petition is pending in the Supreme Court. Gupta's curative petition also seeks commutation of his death sentence to life imprisonment, ANI reported. 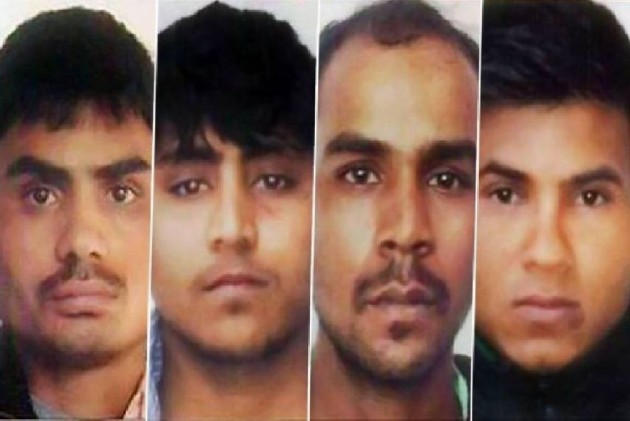 Akshay Singh and Pawan Kumar Gupta, two of the four death row convicts in the Nirbhaya gangrape and murder case, have moved a Delhi court seeking a stay on the execution of death warrants for all of them.

While Singh said that he had filed a fresh mercy petition before the President of India, Gupta said his curative petition is pending in the Supreme Court. Gupta's curative petition also seeks commutation of his death sentence to life imprisonment, ANI reported.

The Delhi court has sought a response to Singh's plea from Tihar Jail authorities by Monday.

Singh said he moved a "complete" mercy petition, adding the one filed earlier, and which was dismissed by President Ram Nath Kovind, was "incomplete".

Advocate AP Singh, the convicts' lawyer, informed the court that the petition moved earlier did not have "complete facts".

He said that the mercy petition has reached the President's Secretariat today.

Singh had earlier this month said the President of India had carried out a "complete miscarriage of justice" by rejecting the "incomplete mercy petition" of convict Akshay Thakur.

President Ram Nath Kovind had, on February 5, rejected the mercy petition of convict Akshay Thakur. So far, mercy petitions of Vinay Sharma and Mukesh Singh have also been rejected.

The four convicts -- Singh, Gupta, Vinay Kumar Sharma and Akshay Kumar -- are scheduled to be hanged at 6 AM on March 3.