The plea had claimed that Sharma had sustained grievous head injury and fracture in his right arm, and was suffering from 'insanity', 'mental illness' and 'schizophrenia'. 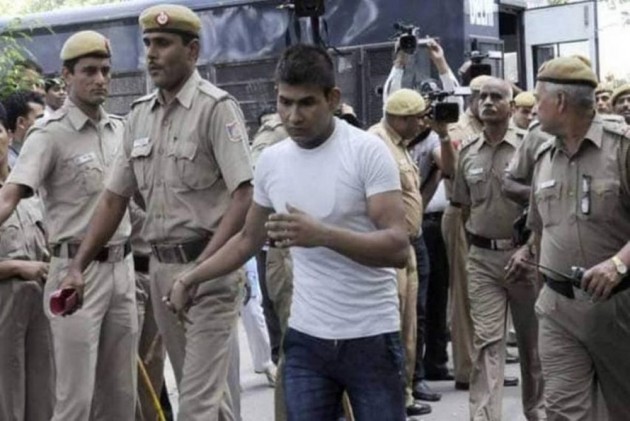 A plea filed by one of the four death row convicts in the Nirbhaya gang rape and murder case seeking treatment for 'insanity' was on Saturday dismissed by a Delhi court which said that he is "malingering" and "desires himself to be falsely diagnosed mentally ill".

Additional Session Judge Dharmender Rana rejected the plea by Vinay Kumar Sharma saying there no are objective signs of psychological distress and he did not find any occasion to refer the convict to IHBAS (Institute of Human Behaviour & Allied Sciences) or any other hospital at this stage, as sought in the plea.

The plea had claimed that Sharma had sustained grievous head injury and fracture in his right arm, and was suffering from "insanity", "mental illness" and "schizophrenia".

The court said that "general anxiety and depression in case of a death row convict is obvious," as it noted that adequate medical treatment and psychological help has been provided to the condemned convict.

"The jail superintendent is once again directed to ensure adequate care of the convicts as per rules," the judge said.

The court noted the submissions made by Dr Vivek Rustogi and Dr Akash Narade, both working in Tihar, that although the convict has been observed to be anxious, agitated and restless, he has responded well to the supportive therapy conducted by the specialist psychiatry.

"It is categorically observed that according to his psychological assessment, no behavioral abnormality was noted. It is reported that the conduct of the convict is suggestive of deliberate disruptive behaviour.

On mental status examination, the convict was found to have dramatic and superficial demonstration of mental illness, it noted.

"No objective signs of psychological distress were observed. The convict desires himself to be falsely diagnosed 'mentally ill'.

The court further noted that in the CCTV footage, the convict was seen conversing with his counsel and family members and the "apparent tone and tenor of the convict is not suggestive of any abnormal behaviour, rather it convincingly corroborates the opinion of the medical experts".

In their submissions, Tihar jail authorities termed the plea as "a bundle of distorted facts" and told the court that the convict was not only being provided regular medical care but also regular supportive therapy by the specialist psychiatry.

The authorities said that the CCTV footage established that the convict himself had inflicted the injuries on himself.

"These all are bundle of distorted facts. Doctors attended him and found that an injury was made and they gave medicine. All injuries are self inflicted and superficial in nature.... The medical records says he is not suffering from any such mental illness and his checkup in any hospital is not required. He is under regular check by the jail doctor," the public prosecutor, representing jail authorities, said.

The defence counsel said the convict has a plastered hand that shows he had fractures and it was not a superficial injury.

"Why did the jail conceal the fact about his injuries from the court? Why are the documents not being filed," advocate A P Singh, appearing for the convict, said.

The jail authorities opposed the submission and said "it's wrong to say he had a plastered arm. It wasn't a fracture."

According to prison officials, Sharma injured himself by banging his head on his cell wall in Tihar Jail.

The court had on February 17 issued fresh death warrants for March 3 at 6 am against the four death row convicts -- Vinay (26), Mukesh Kumar Singh (32), Pawan Gupta (25) and Akshay Kumar (31) -- in the Nirbhaya gang rape and murder case.

This is the third time that death warrants have been issued against them.