Nirbhaya Case: How Centre’s Move To Seek Separate Hanging Of Convicts May Delay It Further

Legal experts say that Centre’s move can go in favour of the convicts and prolong the procedure to send them to the gallows. 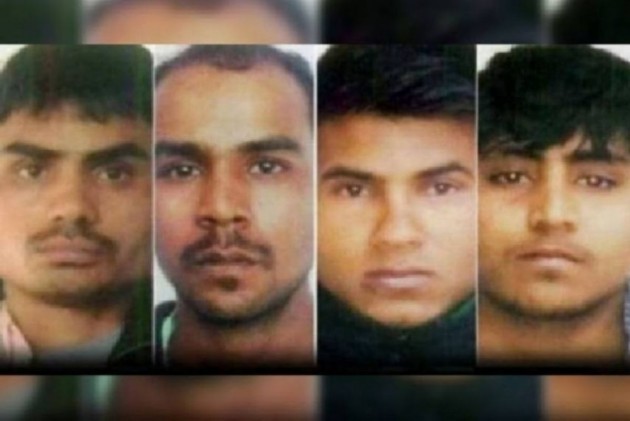 The Supreme Court will on Tuesday hear the Centre and Delhi government's plea seeking separate hangings of the four convicts in the Nirbhaya gangrape and murder case.

This comes after a Delhi court refused to issue fresh death warrants, asking how is it presumed that the fourth condemned prisoner is not going to seek the last available legal remedy for a reprieve.

The death row convicts have used the existing law -- which doesn't allow for individual hangings if there is more than one perpetrator of the same crime -- to delay their execution.

Instead of exhausting all legal options in one go, they are availing it one after another leading to an inordinate delay in their hanging.

However, despite repeated requests by the government lawyer, Tushar Mehta, to issue a notice to convicts, the SC bench refused. The court told Mehta not to insist for it as that would delay the hanging further.

The Bench also advised the Centre to wait for seven days, a deadline that the Delhi High Court has given to the four death convicts to exhaust their legal remedies.

Legal experts say that Centre’s move can go in favour of the convicts and prolong the procedure to send them to the gallows.

He added, “The SC is not supposed to pass any order without allowing hearing to the death convicts as it amounts to a violation of the principle of natural justice. The court has to give them at least a week or a fortnight to reply.”

Experts also say that it is obvious from the history of courts, including the SC, that no petition filed by any individual, state or the Centre is decided so expeditiously.

“It takes its own time which may vary from one month to several years even in such cases which are required to be decided urgently,” Chetan Singh, another SC lawyer.

As of now, three convicts have already exhausted all legal options and their mercy petitions have been dismissed by the President. One convict is yet to file a curative petition. If the SC will dismiss it, he can move a mercy petition. He has time till February 11 to utilise his legal remedies, as per the Delhi High Court's order.