Earlier, the court appointed advocate Ravi Qazi to represent Pawan Gupta, one of the four death row convicts in the case. 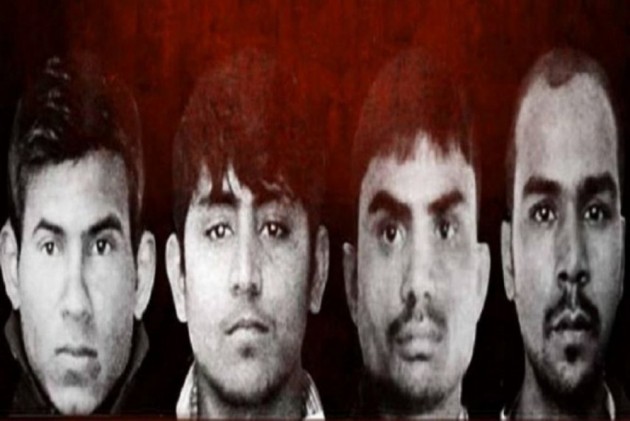 A Delhi court on Thursday adjourned for Monday the hearing on pleas seeking death warrrants against the convicts in the Nirbhaya gangrape and murder case.

Earlier, the court appointed advocate Ravi Qazi to represent Pawan Gupta, one of the four death row convicts in the case.

The court had on Wednesday offered a counsel to Gupta and expressed its displeasure over the delay in the process from his side.

Gupta said he had removed his earlier lawyer and would need time to engage a new one.

The District Legal Services Authority (DLSA) had provided Gupta's father with a list of its empanelled advocates to chose from.

Gupta is the only one among the four convicts who has not yet filed a curative petition -- the last legal remedy available to a person, which is decided in-chamber. He also has the option of filing a mercy plea.

Meanwhile, the Supreme Court on Thursday reserved its order for Friday on Nirbhaya gangrape and murder case convict Vinay Sharma's plea challenging rejection of his mercy petition by the president.

Sharma is one of the four convicts on death row in the 2012 case.

A bench of Justices R Banumathi, Ashok Bhushan and A S Bopanna said the court will pass orders on Friday at 2pm on Sharma's plea.

The bench heard arguments for nearly two hours on behalf of Sharma and the Union of India and NCT of Delhi.