Nirbhaya Case: This Is How Convicts Can Delay Hanging Till March

Keeping in mind legal remedies available to the four convicts, Outlook has analysed the maximum delay they can cause. 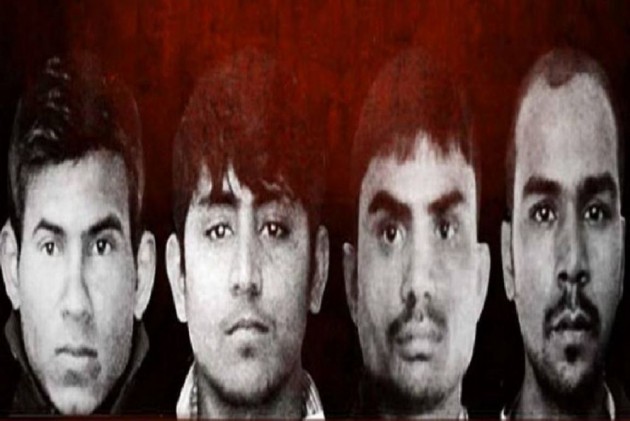 After a Delhi court postponed the hanging of all four death row convicts in Nirbhaya gang-rape and murder case, there is an outrage among people against the delay.

However, the date has not been postponed because the court has shown any leniency to them. It is the jail laws which provide multiple legal remedies to each of the convict.

The two legal provisions, crucial for the delay, are: (a) a death convict must get 14 days time after his mercy petition is rejected by the President; and (b) no individual can be hanged separately in a case where more than one person has been convicted of the same crime.

That’s the reason one of the convicts, Mukesh, whose mercy petition was rejected on January 17, was not hanged alone on Feberuary 1 despite completing the 14-day reprieve on the same date.

Keeping in mind legal remedies available to them, Outlook has analysed the maximum delay the four convicts can cause. As per the latest position, one convict, Mukesh and Vinay have exhausted all legal options as the mercy petitions of both have been rejected by the President. Now Akshay has filed a plea for clemency and Pawan is yet to file his curative petition.

Here’s how long they can delay the execution, provided courts, as well as the President of India, take a quick call in disposing of their appeals:

February 5: The President should decide Akshay’s mercy petition. He gets 14 days time which will expire on February 19.

Meanwhile, Pawan will have to file his curative petition so that he can file mercy plea just a day before Akshay’s 14-day relief gets over, ie, February 19. Tihar Jail authorities can also issue a notice to Pawan asking him to avail his legal remedies if he deliberately delays in filing the curative.

February 18: Pawan can file mercy petition which the President can decide by February 23. With 14-day relief formula, hanging will not happen till March 4.

March 4 to March 14: They can challenge the rejection of mercy petitions and the apex court can decide them on priority.

March 14: All the four convicts can be hanged any day after this date.